I've been working on rtl_power today and was able to accomplish the follow 3 things that are important in saving time when using GNUPLOT as well as improving rtl_power's accuracy in the resulting data it creates.

The issue is that when you run -i 1 this is a 1 second integration interval.  This means rtl_power will continue to rescan the bandwidth you specify with the -f option until the next internval and create an average based on that 1 second for each frequency it's scanned.

This average is nice if you don't really care about high resolution and can live with that.

But I want to be able to see things like Meteor Scatter on 55 Mhz TV stations in Mexico, or CW beacons rise and fall in ham radio bands, etc...

This means that we need sub-second data.  To do this I modified rtl_power as follows: 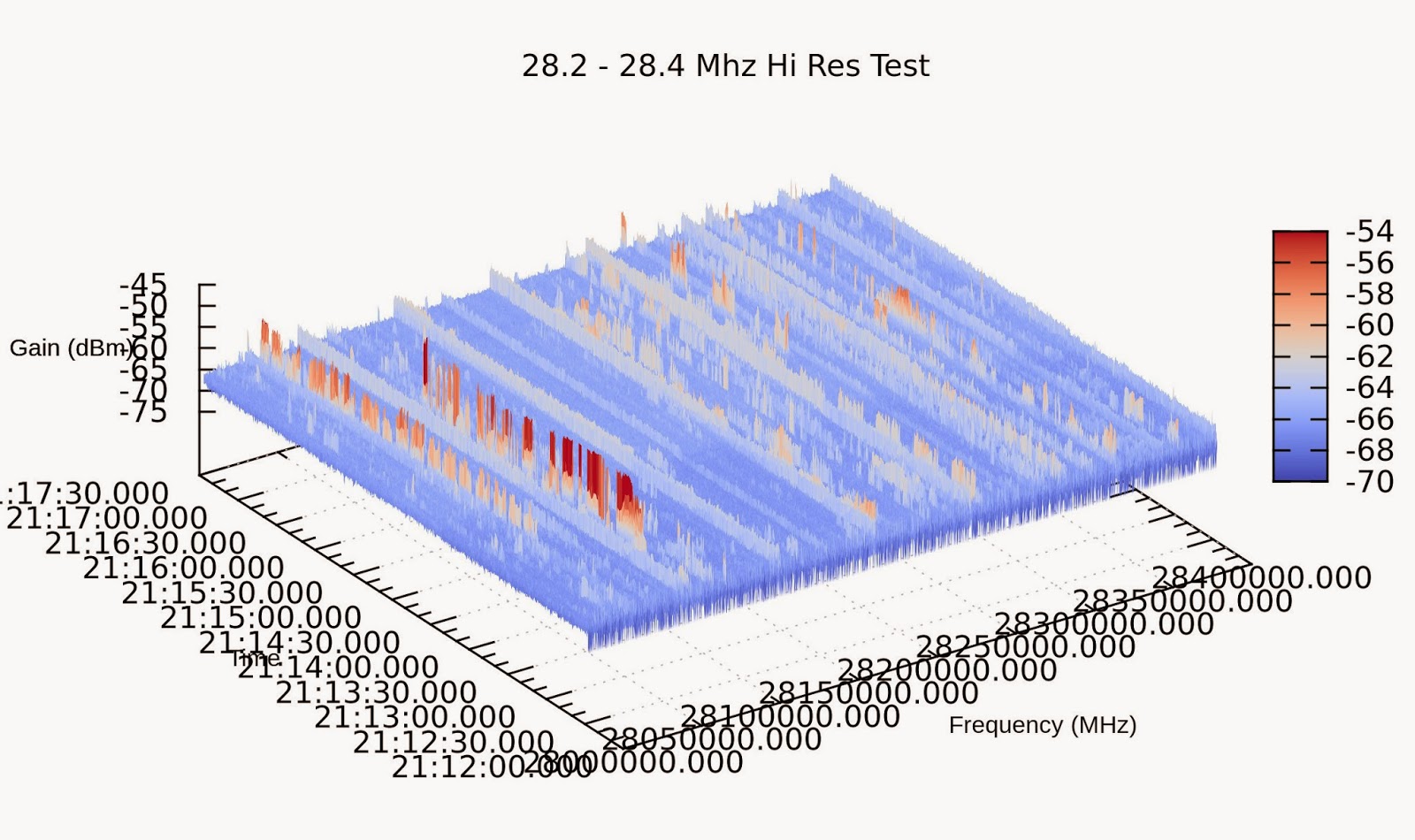