After I put the Yocto-Ethernet and Yocto-3D sensor up on the tower I noticed I had RFI coming in on my Receiver.  This is what it looked like. 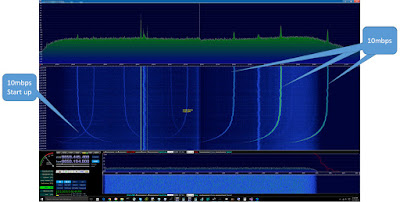 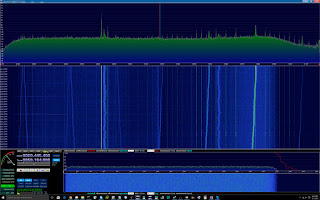 (100mbps - click to zoom)
Tons of little birdies in this shot.

After seeing this, I decided to add a toriod (ferrite doughnut) made of Mix 43 up in the NEMA box just where the CAT6 line enter it.  And add a short ground lead to the CAT6's shield. 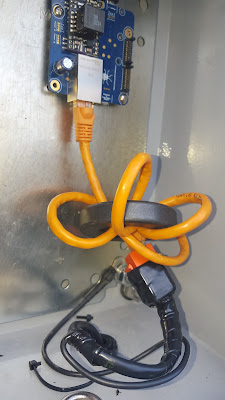 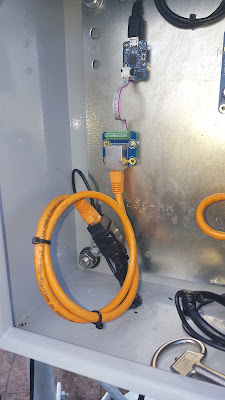 (shows ground Strap - kinda - it's there behind the cat)

This solved the RFI getting into my Receiver. 100%.

The next issue which still exists but hopefully not for much longer.  Is that when I transmit I sometimes loose data downlink from the Yocto-3D sensor to the Yocto-Ethernet.  It's not affecting the Yocto-Ethernet down-link to the FS108PNA switch, as I can continuously ping both to and from this device while Transmitting.

So the issue is likely RF getting into the down-link line from the sensor to the ethernet hub.

Presently I've just been using CAT6 line from the Sensor Head to the Sensor Base located in the NEMA box.  The CAT6 shield is grounded inside the box.

I'm going to replace the CAT6 from the sensor head to the base with Beldon 9842 90% braid shielding plus 100% tin shield.  I'll ground the braid in the NEMA box, and add a similar toriod to the cable in the box.  This is RS-485 cable.  Two twisted Pairs.

Here's what the cable looks like, it just arrived today, I'm still waiting for a NEMA 4 Aluminum box which will replace the PVC housing I'm using for the sensor.  I'm also still waiting for the New Toriod and some ferrite snap on's as well. Here's where I bought this.  http://www.prowireandcable.com/ib/belden-9842/9842/ 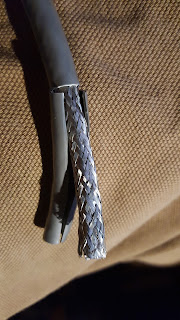 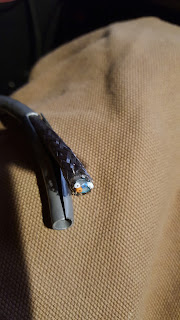 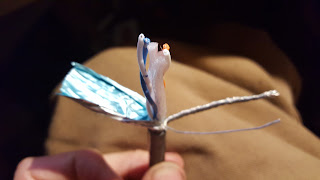 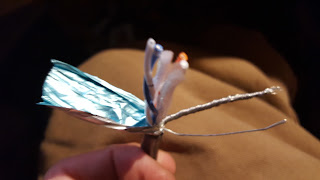 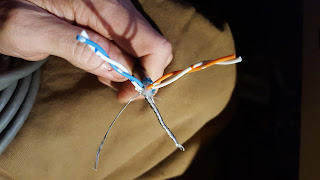 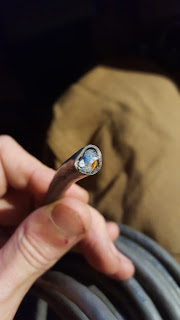 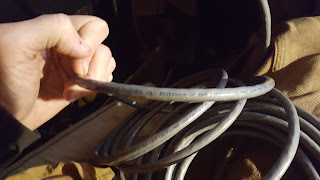