The past few days it's been cold and dry here in Missouri.  Seems a new crop of power line noise likes to start up in these conditions.  From my QTH it peaks about 50 degrees.  When I turn off the internal preamp and use IPO1 I can just detect it on the S meter.  When I use Amp2 on the FTDX-5000 (preamp #2 on) it's about S9.

The weather has been COLD around freezing (31F as I write this), and very dry atmosphere the past 3-4 days.  Skies are mostly clear.

Here's what it looks like in HDSDR (AM MODE) 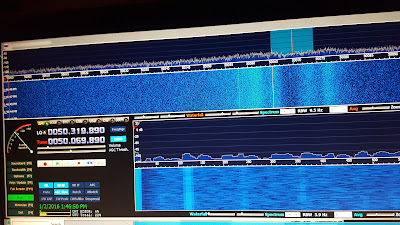 
After some review of Google Earth, and some drive testing I've found a line of poles that seem to fall in the correct azimuth (50 Degrees from my tower). 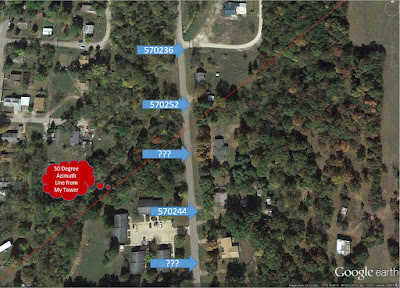 Here are some pictures of the poles I've ID's so far.  The poles with numbers shown above exhibited ULTRASOUND (40 KHz) arc'ing noise as well as 400 MHz Power Line Noise (AM) during this drive test.  AM 1.7 MHz also had a VERY STRONG (ON/OFF) Power Line Noise exhibited as well, however, I was unable to track that one down due to it's nature.  It sounded like some sort of ON and OFF semi-randomly.  It's unrelated to the primary noise I was tracking down in this drive test though.  (I'll revisit that one soon). 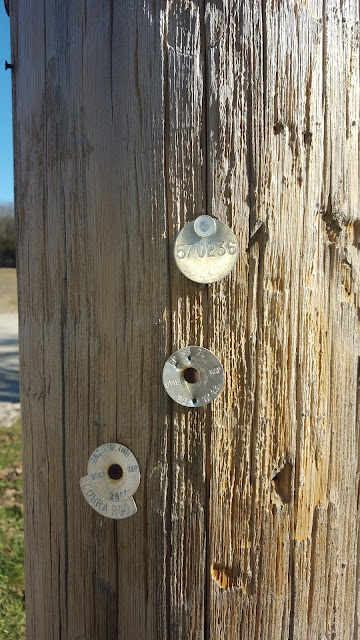 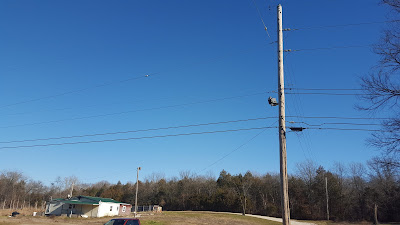 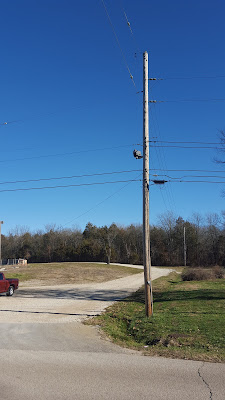 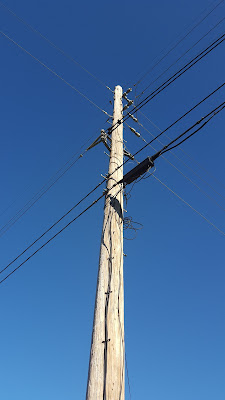 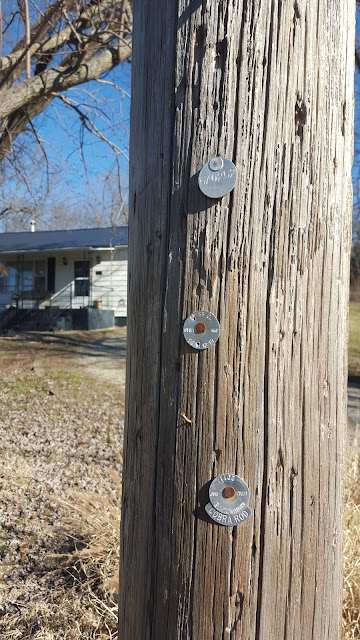 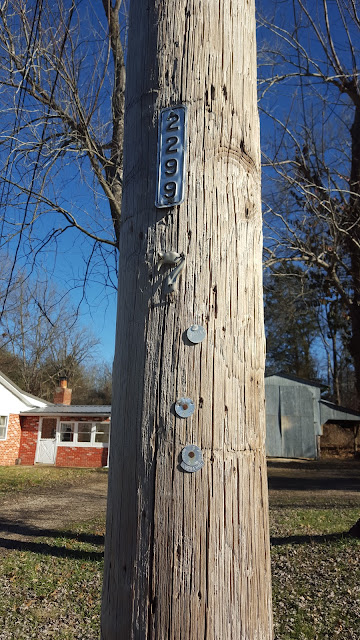 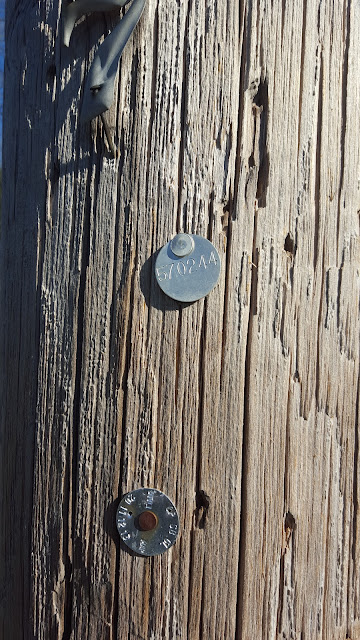 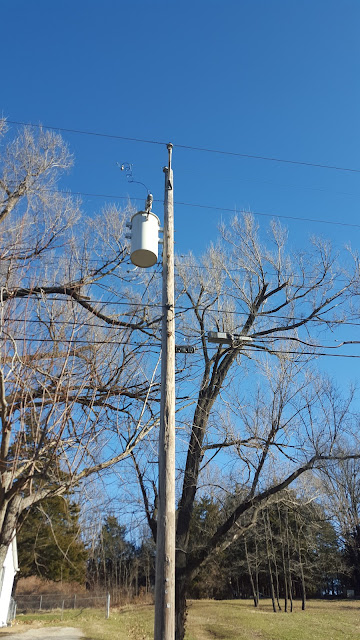