Since my last post I've been hard at work building the RF Amp Case and obtaining the Water Cooling parts that I've settled on over those I was initially planning to use.

So in this post I want to show the progress and some detail on where I'm at with the project.

First as you may remember I'd obtained a 5 Gallon carbon steel barrel with removable top.  After fiddling around with it I decided there were too many reasons to NOT USE IT.  Some reasons are pretty important. 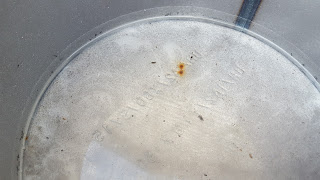 Inside of the carbon steel (1" water) - note rust spot

The rust stain above occurred in < 24 hours.  I added a THICK Coat of "Flex Seal" brand sealant inside the barrel.  That rust spot showed up the day after I applied the sealant.  Apparently either a water drop or some moisture got to the steel before the coating was applied.  So that's fixable, however, it would probably continue to be a problem in the coming years.  One way or another I suspect. 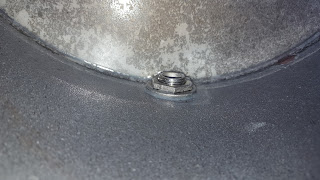 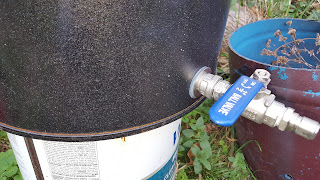 This is the lower bulkhead area.  There's a small leak there.  The washer provided SUCKED ASS!  It compressed like a you might expect a Gummy-bear would!  Making the washer unusable.  It was just too soft and because it was soft the bulkhead fitting would move slightly when the valve was adjusted which likely means it would leak badly before long.

So here's what I ended up going with to replace the barrel.  It's an all aluminum 5 Gallon Fuel Cell.  It has -10AN fittings.  There are two on top and two in the 'sump' area'  One on top will be the water return, and one in the sump area will be the water output. 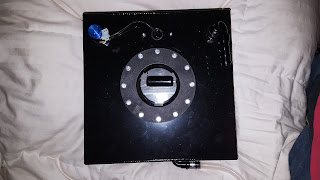 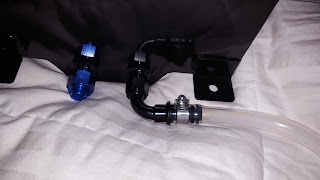 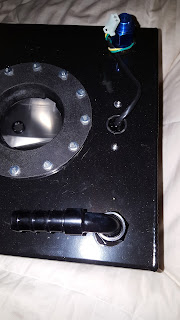 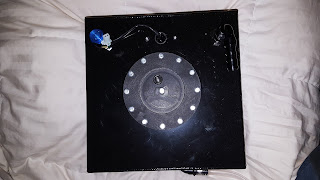 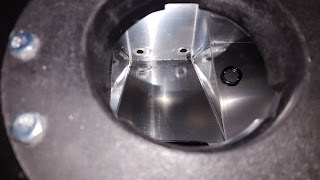 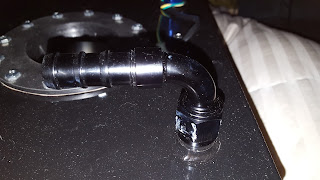 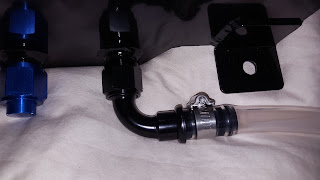 Ok so next area I "upgraded" from my initial thinking was a Lytron brand "Heat Exchanger".  It's basically a two core radiator and a 240v AC fan it.  It's fairly large.  Probably about 14" across and about 8" deep with the fan attached.   Also pictured is my water pump that I already had.  This is all being plumbed with 1/2" tubing.  Except after the 'Tee's at the cooler plates (shown further down page).  By the way, this heat exchanger and fan combo can be had on Ebay for as cheap as $55 (that's what I paid and it's like new!).  The same combo costs a few hundred brand new.  I've seen just the fan's go for between $80 and $130!  So I feel VERY good about this purchase. 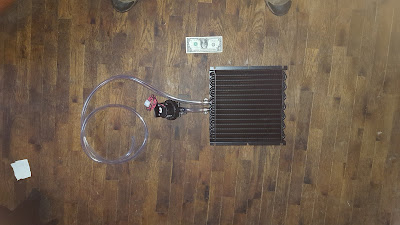 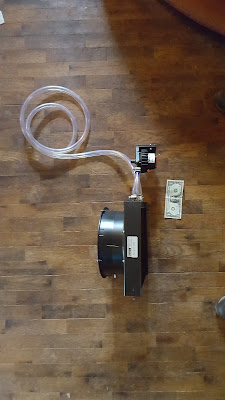 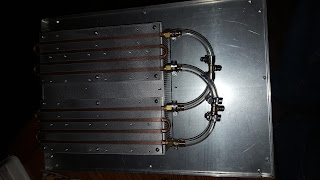 So the framed aluminum/steel box below fits perfectly into my Rack mount just below the +50V power supply I've already completed. 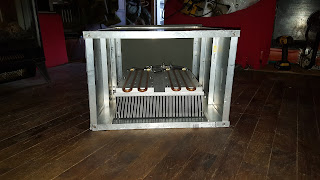 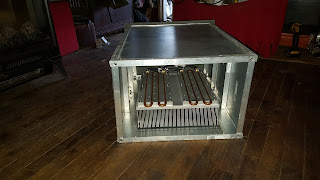 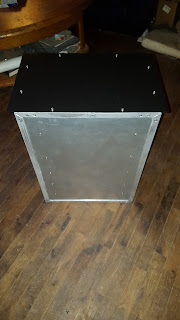 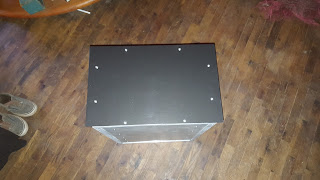 I'm also planning to place two large & high CFM fans on this face-plate and two in the rear to exhaust as well.  I'm still considering the actual fans I'll use but I'm thinking about 2x 8" fans one both ends.  (this is OVERKILL because I think the water cooling system is likely more than enough required to operate the amp at QRO).