An unusual opening occurred this morning between North America and Europe.   I woke up late today.  I came into the shack, turned my computer monitor on, and noticed VO1FRR/b was in.  My antenna was still pointed to SA from yesterday.  I have two antennas one is about 21 ft up fixed on EU, and the other is about 43ft up, and I can switch them using BIP/BOP and top only.  In this case the top only was on.  I switched them into BIP and brought the bottom one which is fixed on EU online with the the top one, and the VO/b picked up, so I started to turn the top antenna to align with the EU directed one.  Suddenly I decoded 20201024_131530 -20  0.5 1258 ~ CQ EA3ERE JN11.  Shortly after that I was called by F4VPC and worked him as shown below. 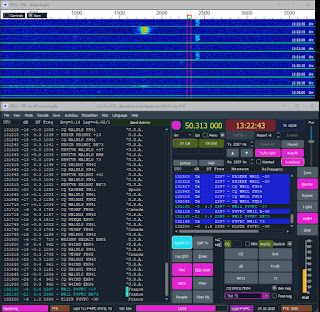 Then came G0GGG, and a whole raft of others EU stations for about the next 1.5 to 2 hours.

My best spotting ME was OK1FRG in JN79 at a distance of 6064km!  For October this is probably extremely rare.
K1TOL who has been on air here in Maine for a very long time (20 years +) has never seen EU in OCT before. 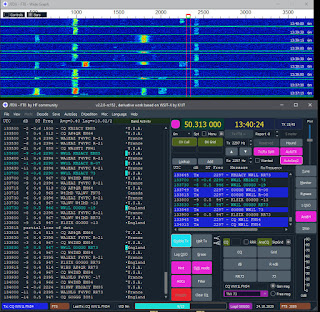 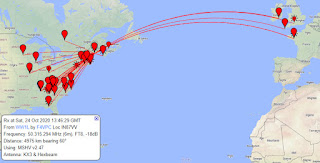 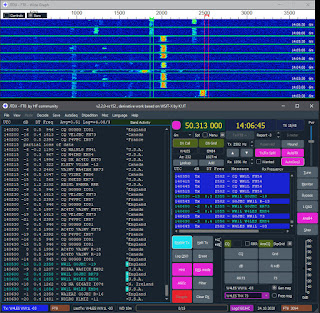 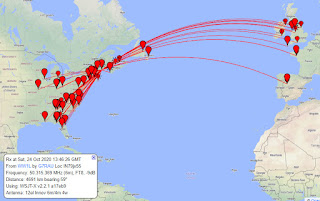 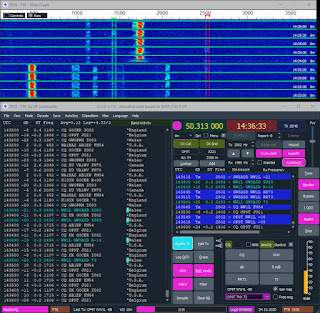 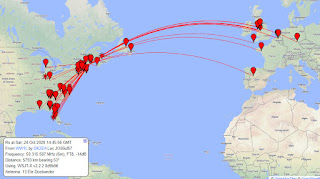 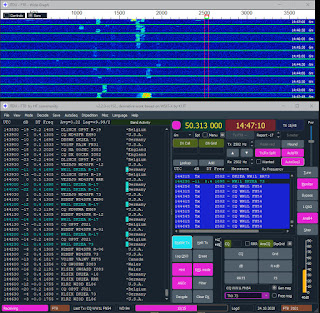 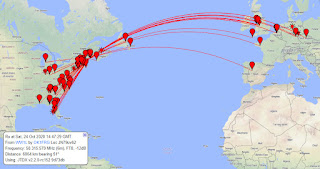 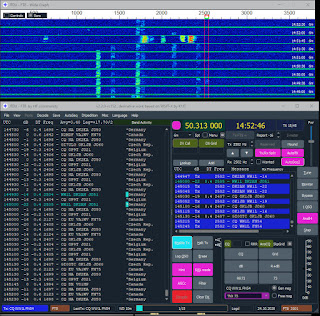 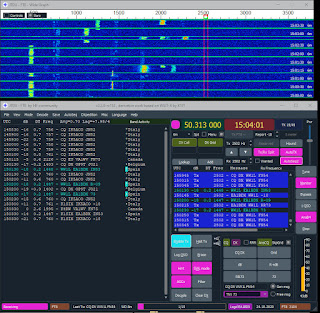 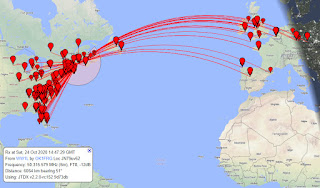