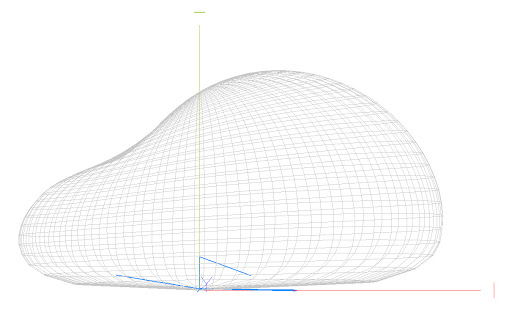 I've been putzing around with mmana-gal software - I download (for windows) this program.  I have already used this to model my current 80m Inverted L with resonant radials antenna and it showed me several ways I could tweak it to tune it for R=50, Jx = 0 and a Flat SWR.  If you've never built and used an Inverted L, you should recognize that as simple as this antenna looks, there is a LOT going on, and it's actually fairly complex, and VERY easy to fubar the pattern it presents, I know this first hand :-)

At any rate, I've been starting to design my new 160m Inverted L.  First using resonant radials, which is probably not what I'll actually build, because of the position of the radials with respect to the wild-life, and human-life around it. (but maybe :-)   I also may tweak it a bit more.  I wanted to share the images from MMANA-GAL from the model I've been playing around with.  This is similar to the 80m L that I'm currently using, minus the two added 'pitchfork' tines "In the front".   And raised and shortened the 'trailing' radial.  That's right I said, 'In the front' of the vertical antenna.

The general idea is that most of the easy DX from here is generally in EU.  At least there is a high concentration of DXCC in that path.  And since I'm currently sitting with 1 (USA) confirmed 160m QSL on LotW...it stands to reason that I might try to encourage my vertical to go towards EU as much as possible.

I have also been messing around with a similar model using a parasitic element (or two)...but I'm still working on that one.

Caveat: This is only the second time I've used this software to model an antenna.  So I'm a newbie, and there are likely to be some oddities in what I've done here.  I will say that I modeled my current 80m "L" and tweaked the model looking for a way to improve the EU directed lobe, and then tried that on EU openings every night for a week, and it was fairly obvious that the changes DID make a difference based on EU spots of my TX signal on PSKr.  The predicted gain in the direction of EU showed up in my seeing more consistent deeper EU spots on PSKr.  I suppose some of that could just be conditions.  Since I'm also a total newbie to 80m as of just a few months ago I only had 9 confirmed worked on 80m.  I'm now sitting at 91 confirmed as of today, and 118 worked.

Anyway here is some of the detail of this 160m Inverted L that I'm naming an "Inverted L - Hightail Pitchfork".  For the additional two "forward" radials under the horizontal "L wire" section.

The model shows a 2.0 dBi gain in the azimuth of the Horizontal "L wire" at as low as 10 degrees.  And it increases from there 20 degrees shows 3.3 dBi, and 30 degrees shows 3.7 dBi.   When I made similar mod's to my 80m "L"  I suddenly started consistently seeing more -23, -24 spots as where I had none before.  I think that's a decent indicator, although obviously it's not very scientific, but it is proof that SOMETHING improved in that path...and since I haven't changed anything else with my 200w TX setup I'm taking that as a positive indicator at the very least.

I have a LOT more learning to do.  I'll admit that, and I'm a complete NOOBIE when it comes to 80m, and 160m and really anything below 30m.

Clicking on these images will bring up a larger version. 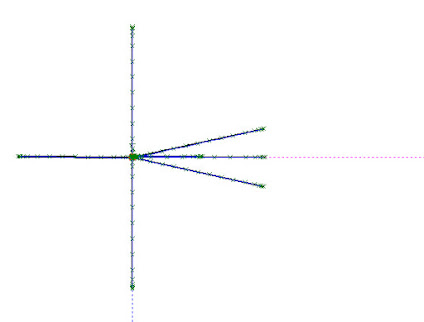 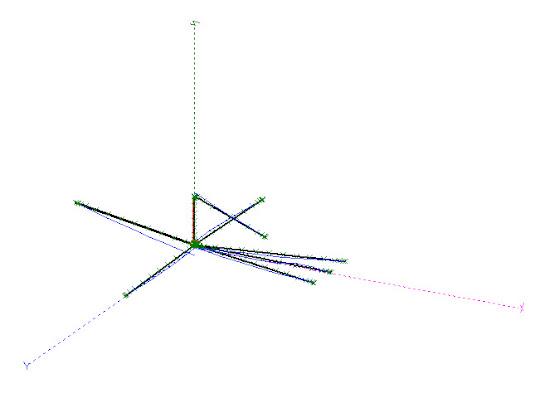 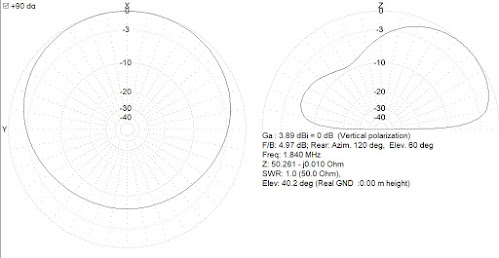 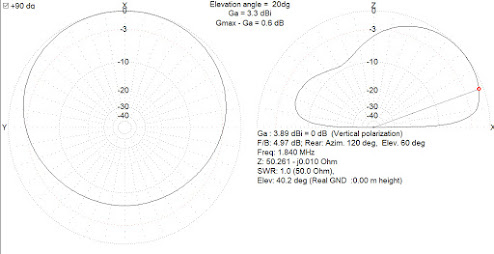 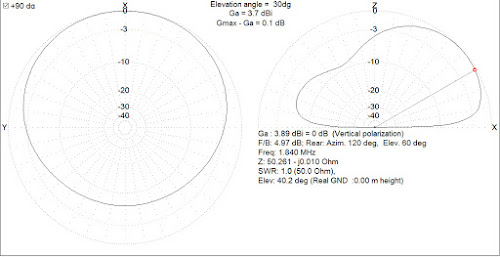 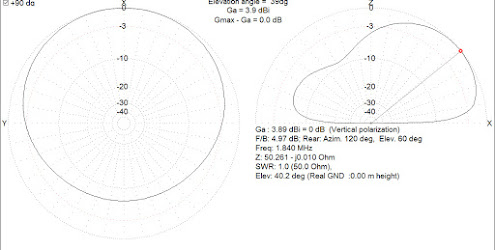 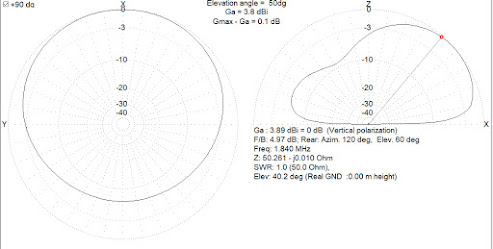 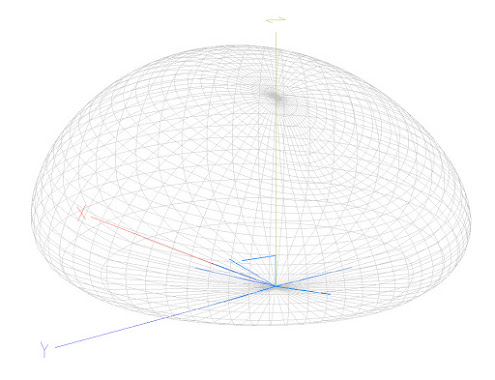 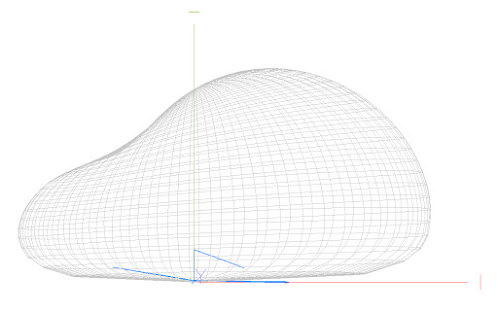 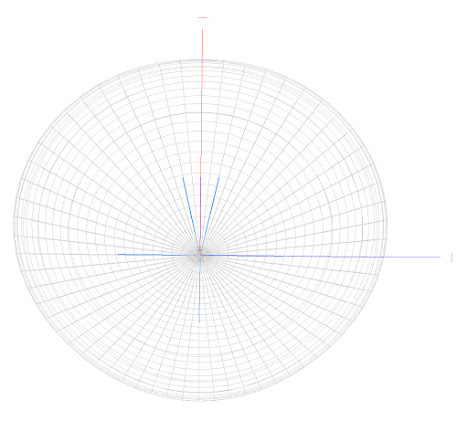