Today was one of those 'almost' kinda days for me.  The kind that still smarts even after a few hours.  Just gotta shake it off, and hope for better luck I guess.  (still ...)

Started off by not being able to get through to UT1FG/MM most of the day...with various attempts equally several hours of time today. 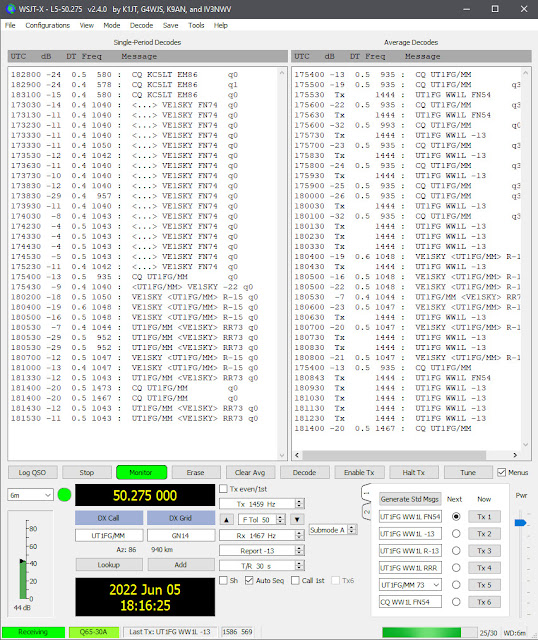 Then followed up by almost working TR8CA someone I've only heard 2 times in 22 years, and I've been an avid chaser of him!  Meaning I've REALLY paid attention. 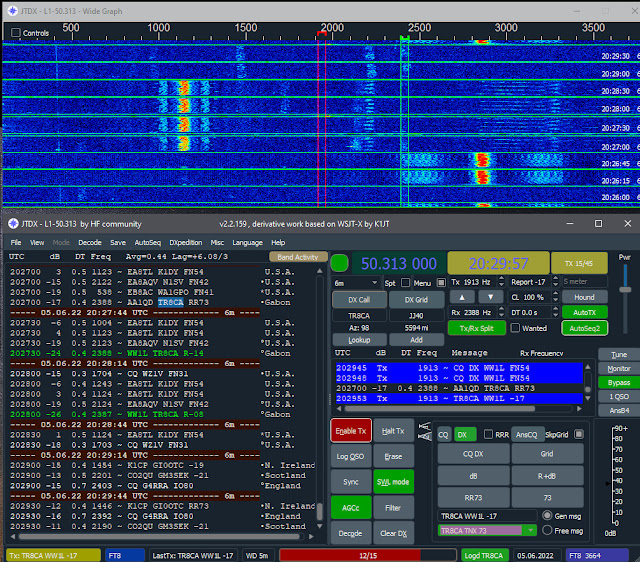 These damned weak signal border line decodes can be tricky...if you believe them and start sending RR73 or RRR too soon you can screw up the QSO by thinking they were real and goofy up the whole thing or you can ignore them like I did and then get totally squashed by QRM and loose that way ...

It just wasn't meant to be for me today...but that's hard to take.