Building and Characterizing RF filters with simple and cheap tools

I have a need to build a steep skirted RF High Pass Filter.  The filter I'm going to try to build isn't maybe the best/perfect option, but I'm looking at it more as a test and learning experience.  So I can't claim thiis to be the perfect option.

With that in mind, and wanting to do this as cheaply as possible here are some of the details about this little mini-project.  The FTDX-5000 has a fixed 9 MHz IF output.  It's pretty difficult to obtain or build a HP filter with a sharp enough skirt where we don't have a high insertion loss, or not enough reduction in gain in the unwanted Lower portion of the filter when I'm  using a 9 MHz input to the single-stage upconverter.

In order to attempt push the boundaries a bit, I'm thinking I will try to use a frequency doubler/multiplier on the 9 MHz IF OUTPUT from the FTDX-5000.  This will give me 18 MHz separation between the LO and the Pass Band, instead of only 9 MHz.

This comes at a cost of -11db on the resulting 18 MHz signal from the original 9 MHz.

This also means I'll have to swap out the HF Band Pass filter I've *been using* (a Minicircuits ZX75-12+) - Probably another mini-project filter to do there too I guess.  By the time this whole thing is done I'll probably had to build all of my own filters instead of getting off the shelf stuff.  The only issue with doing that is that manufacturers and re-sellers these days are really pushing SMD/SMT parts.  The last batch of parts I got were no larger than a spec of pepper.  Literally, and I had to abandon that one and reorder larger inductor coils and ceramic disc caps.

The filter I'm wanting to build is intended to reduce the 100 MHz OCXO oscillator main carrier by 55-60 db below the 118 MHz+ Pass Band I want to make use of.  Since I don't need this 100 MHz carrier in the pass band that flows into the Nooelec 0.5ppm RTL SDR Dongle I'm trying to eliminate it from being passed into the Dongle as much as possible.  The idea being that I just don't want it to de-sense the receiver in the RTL Dongle.

Honestly I'll be pleasantly surprised if this has a noticeable positive impact on the 118 MHz+ Pass band desired.

TEST SETUP WITHOUT LNA(s) - Using "HAM IT UP" Noise Source
SBP21.4+ (on the HF input from NS)
ZX75HP-44-S+ and Par Electronics VHF-FM Notch Filter on the output 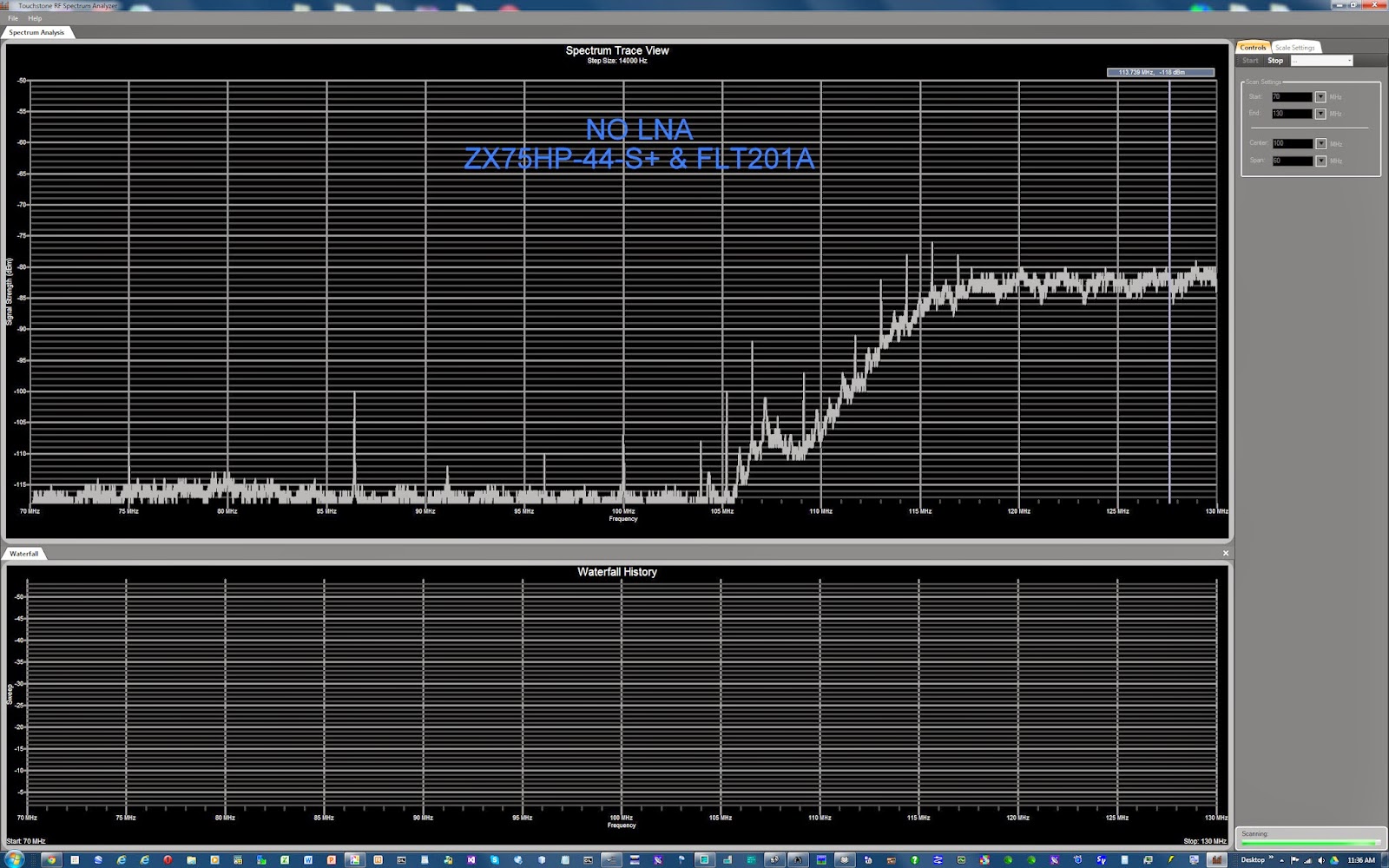 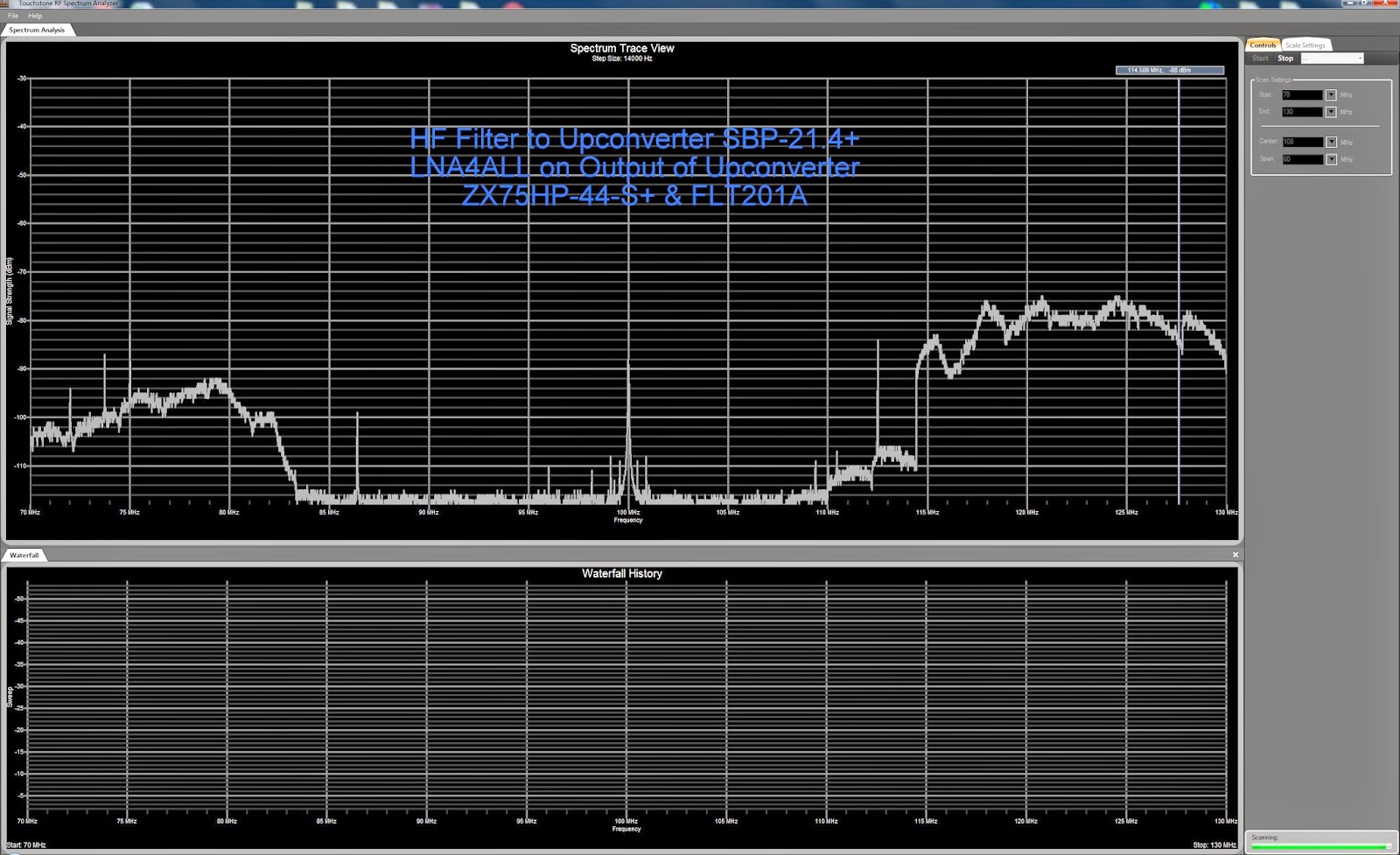 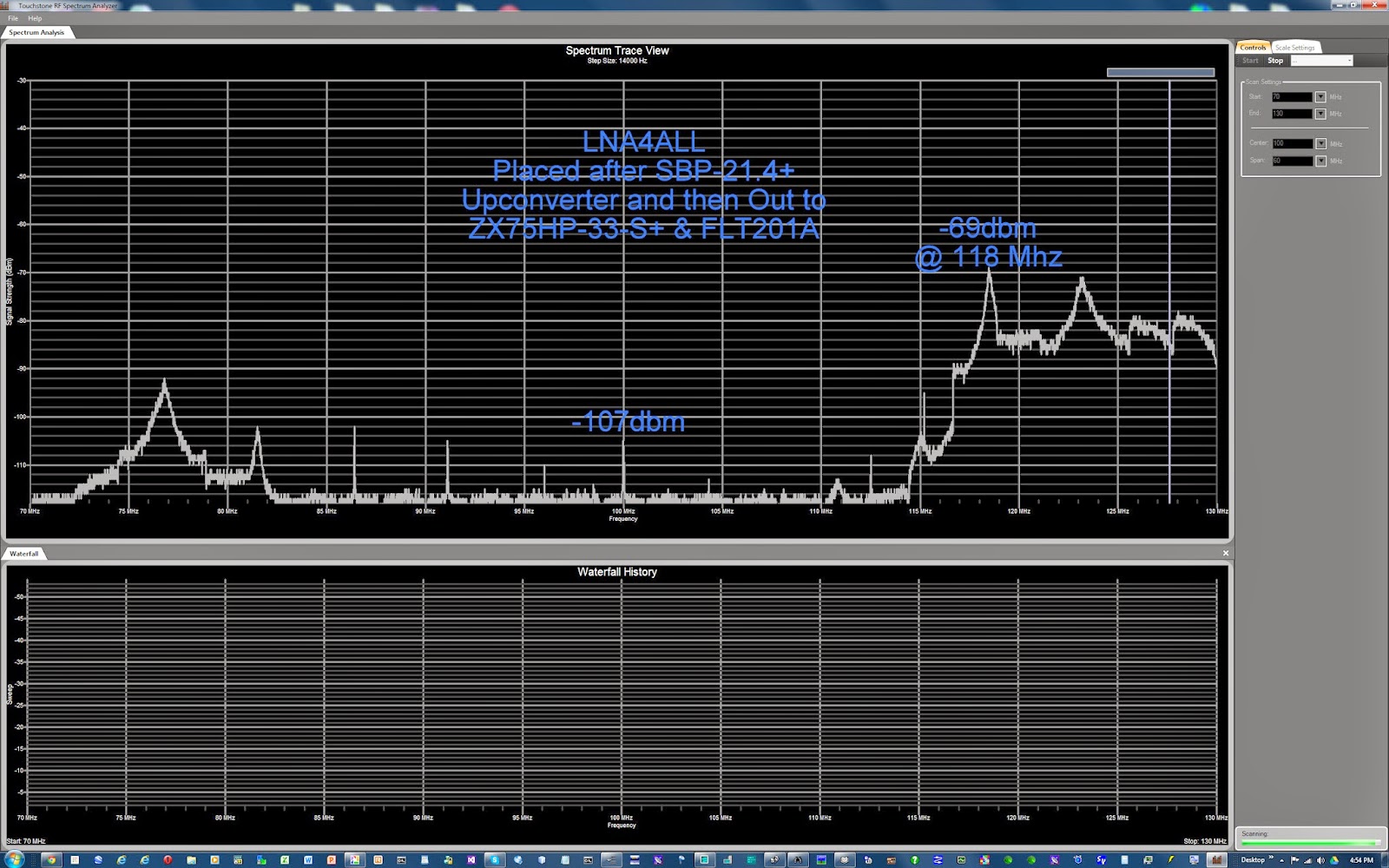 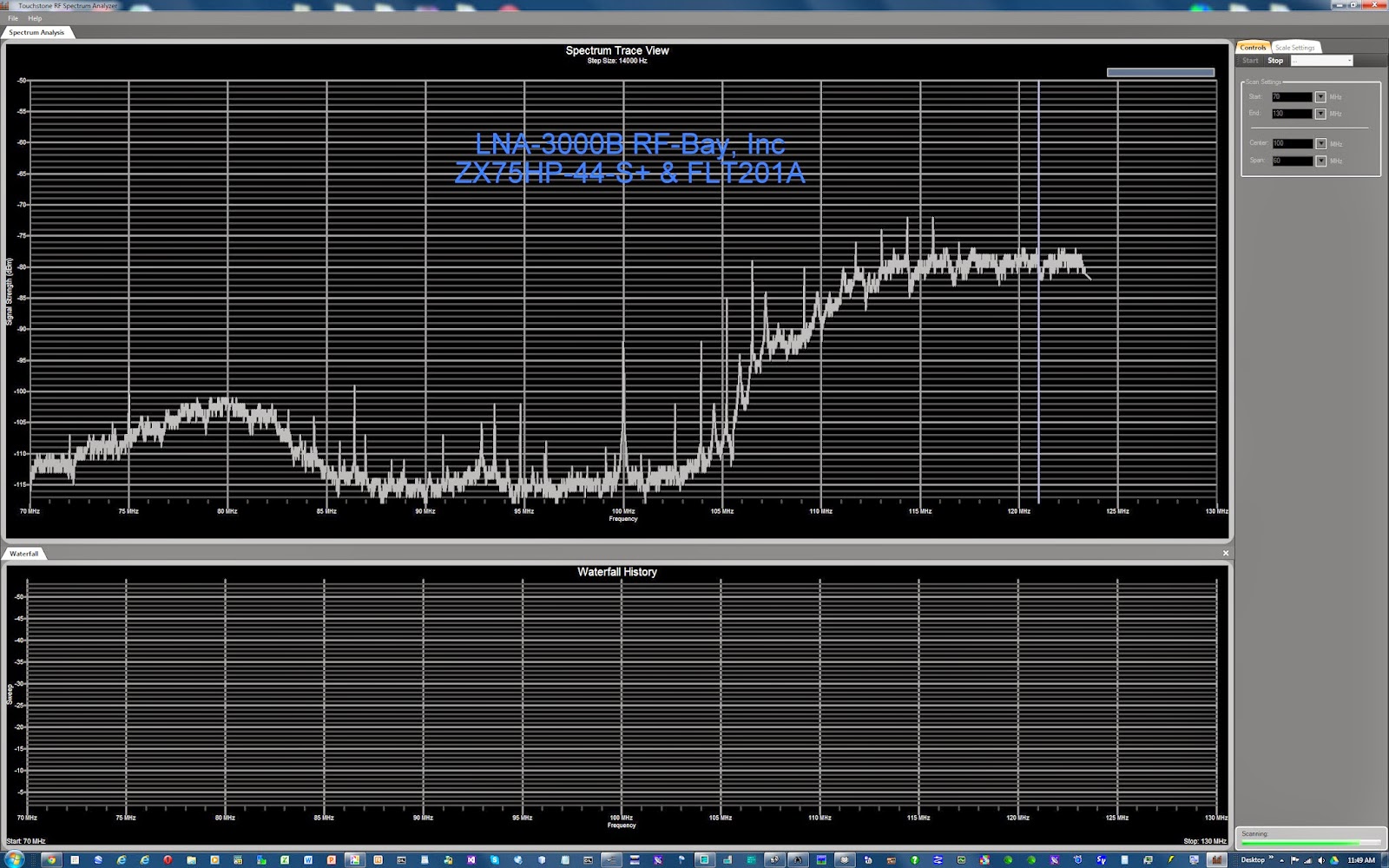 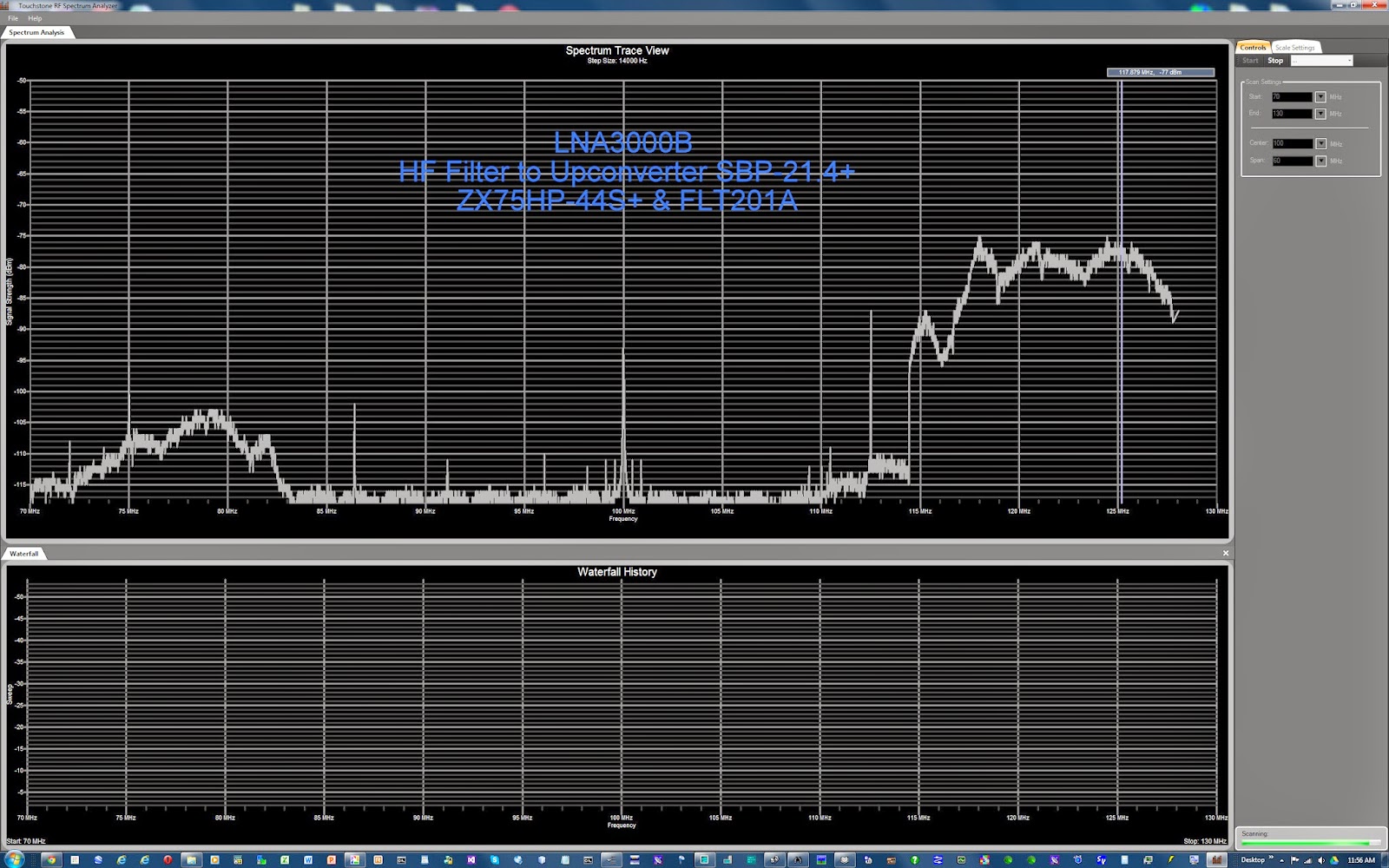 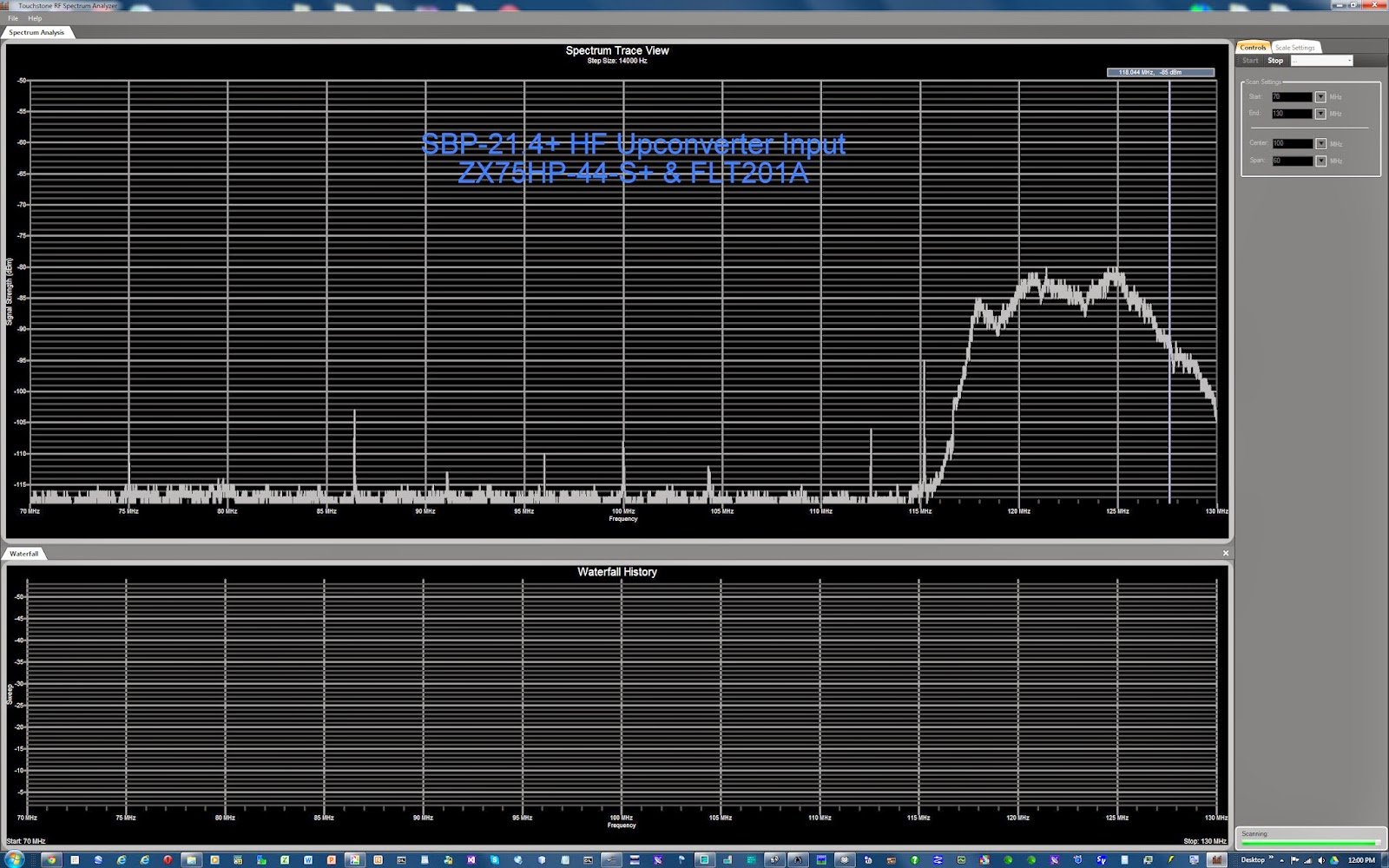 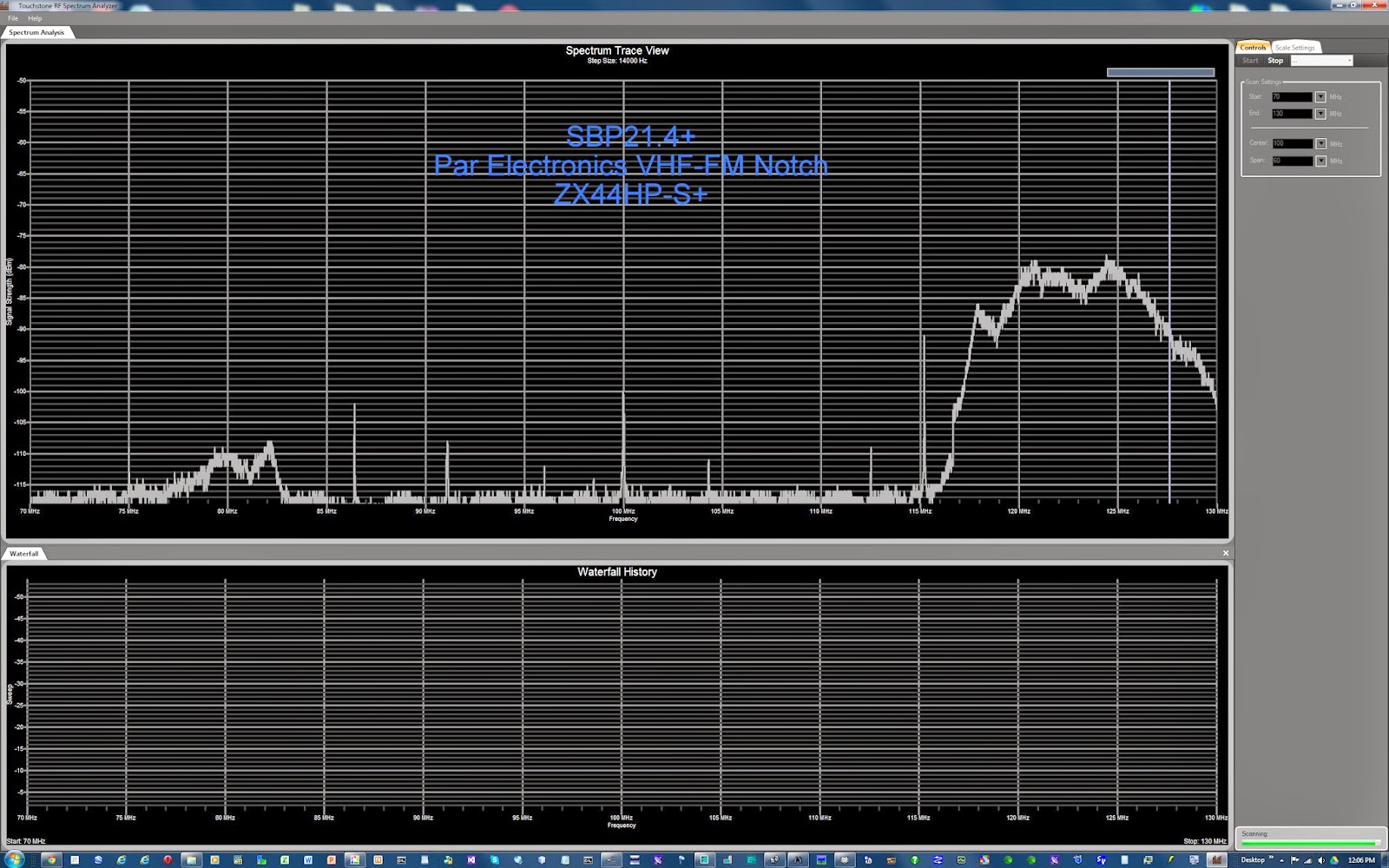