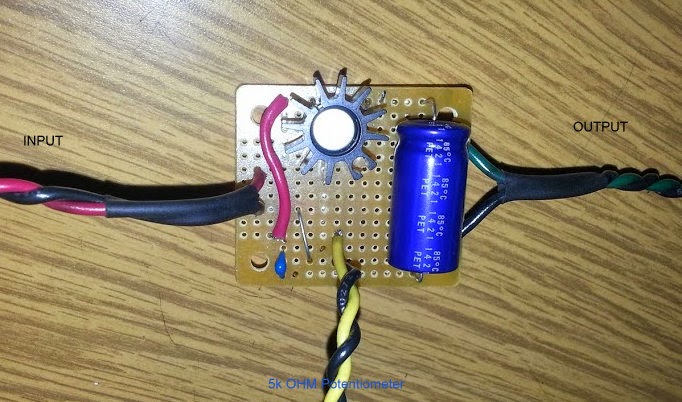 I'm planning to include a 41db voltage-variable-attenutator in my HF Upconverter.  So I needed to build a tiny voltage-variable supply capable of 17vdc max down to 1.2vdc.  I discovered that using an LM117 was a nice way to accomplish this.  Since I needed something more than a voltage divider and it needed to have a fairly large range. 1.2vdc-17vdc.

Input to this supply will be around 18-20vdc (I need to test what I need before I'm sure exactly)  I think there's about a 1.2vdc drop with the LM117 (something like that) so in my test feeding it with 13.8vdc output around 12.4vdc (from memory I didn't actually log it), but when turning the poteniometer all the way it went all the way down to 1.2vdc.

I simply followed the Datasheet for part values as a default.  Seems to work well.

Minus a few minutes to read the Datasheet, and solder the parts up this took about 30 minutes to build.  And seems to work JUST LIKE I HOPED. 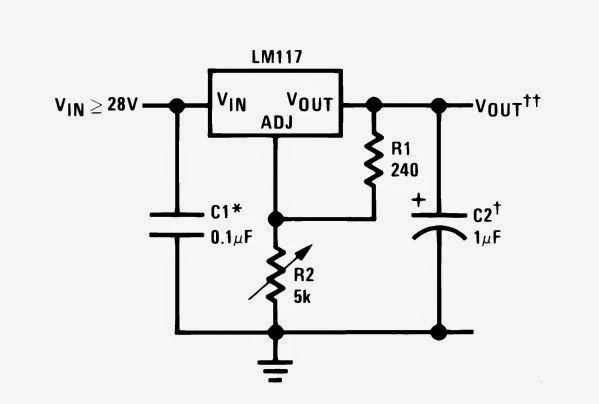 Below is the start of a 13.8vdc INPUT and 1.2-38vdc @1.5amp Variable Power supply I've started building.  It's super simple to build this.  Takes just a few minutes with the right parts.
2 caps, 1 fixed resistor, and a 5k variable pot plus the LM117 and a tiny DC-DC BOOST converter capable of up to 40vdc output.  Input to the DC-DC boost in my case is a 13.8vdc supply that is common to a lot of things I already use in the shack.  Although it could be just about anything < 40vdc (approximately).

The LM117 max output is only about 1.5amp but this is more than enough for testing simple stuff in most cases (that I would be using something like this for).  Usually I'm trying to test a LNA and the mass of LNA's I have range from 5vdc to 28vdc all of them draw very few mA's.  So this is more than enough to use as a simple test bench variable supply for this.

This is a picture of the beginnings of my stand-alone supply.  I have a LOT of options I could incorporate with something like this, and probably will eventually.  I haven't added the DC-DC Boost supply to this yet, I had to order a second one since I already used the first one I bought.  These supplies only cost < $8USD on ebay.  The few other parts listed about are also < $8.00 for the most part. 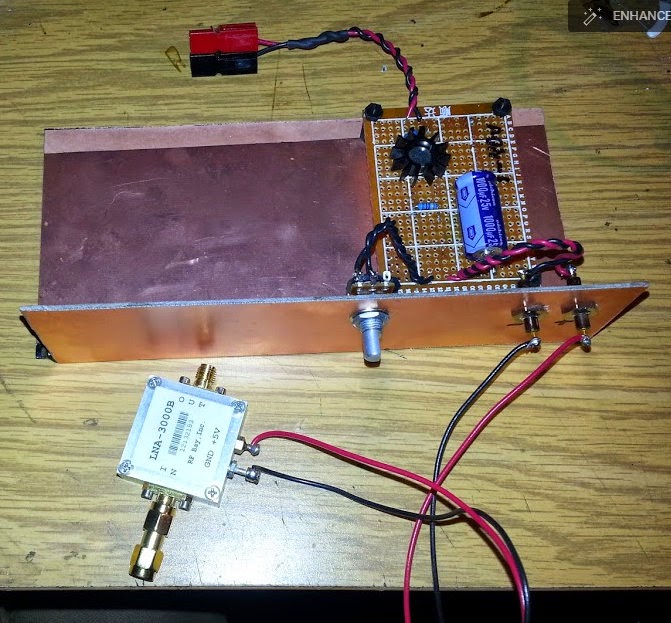