Now I have the Driveby System, and portable yagi's for 144, 432 Mhz, as well as Ultrasonic 40 Khz sound detection as well as the trusty AM Radio in my truck (which is amazing for finding noise sources sometimes).

With the new power supply 12vdc regulator installed in the "Driveby System" I suspect it will be WAY more sensitive than it was before.  I've made some more tweaks on it today (Jan 24th, 2015) in software and intend to test that out later today or tomorrow in the areas I've noted in the maps below.

Last nights discovery of a noisy defunct street lamp was actually very easy using nothing but the AM Radio in my truck, and 50.1 Mhz on a small whip antenna.  Once I located the area, I stopped and used the small yagi antennas panning around various power poles which took about 45 seconds to locate with those and the street lamp noise took about 20 seconds to find using the Ultrasonic MFJ-5008 (which seems to work VERY well, much to my surprise and joy!).

SO these are the areas I'll be working in this week.  Using a combination of all the tools I now have available.  Hopefully I'll narrow things down to the component level on poles that are problematic.  Ameren UE so far as ignored my email requests (maybe they're busy doing something else LOL who knows).  This just gives me more time to locate more problem areas to hand them when I finally do reach them.

This is turning out to be a way bigger problem than I initially suspected.  I had hoped it would just be a few things nearby.  In 2011 Ameren came and resolved (it seems) all the issues I had on the street where the tower is.  I've been hunting those old problem poles and so far not a peep out of them.

So it looks like I'm working the next tier out from the 2011 group of problems. 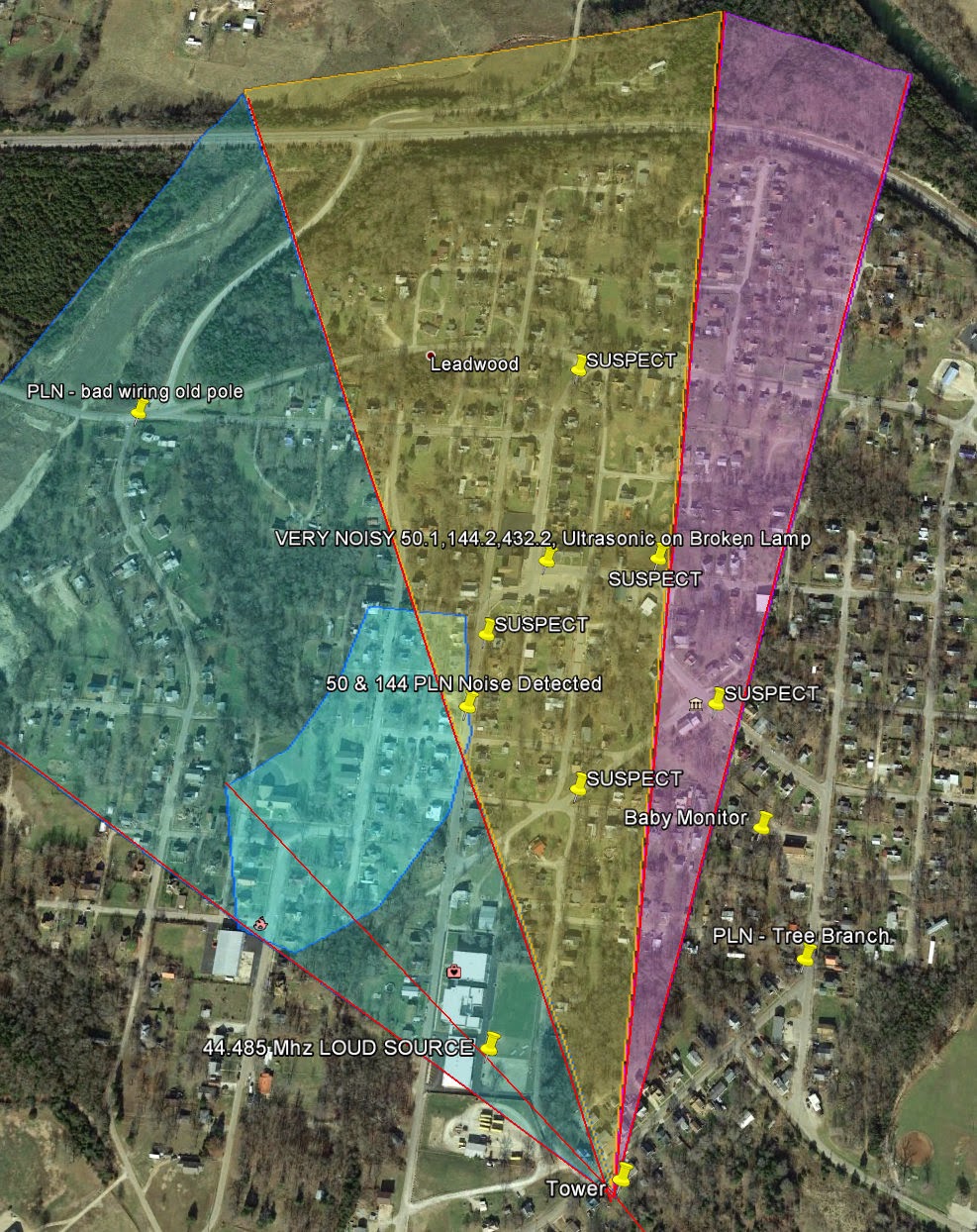 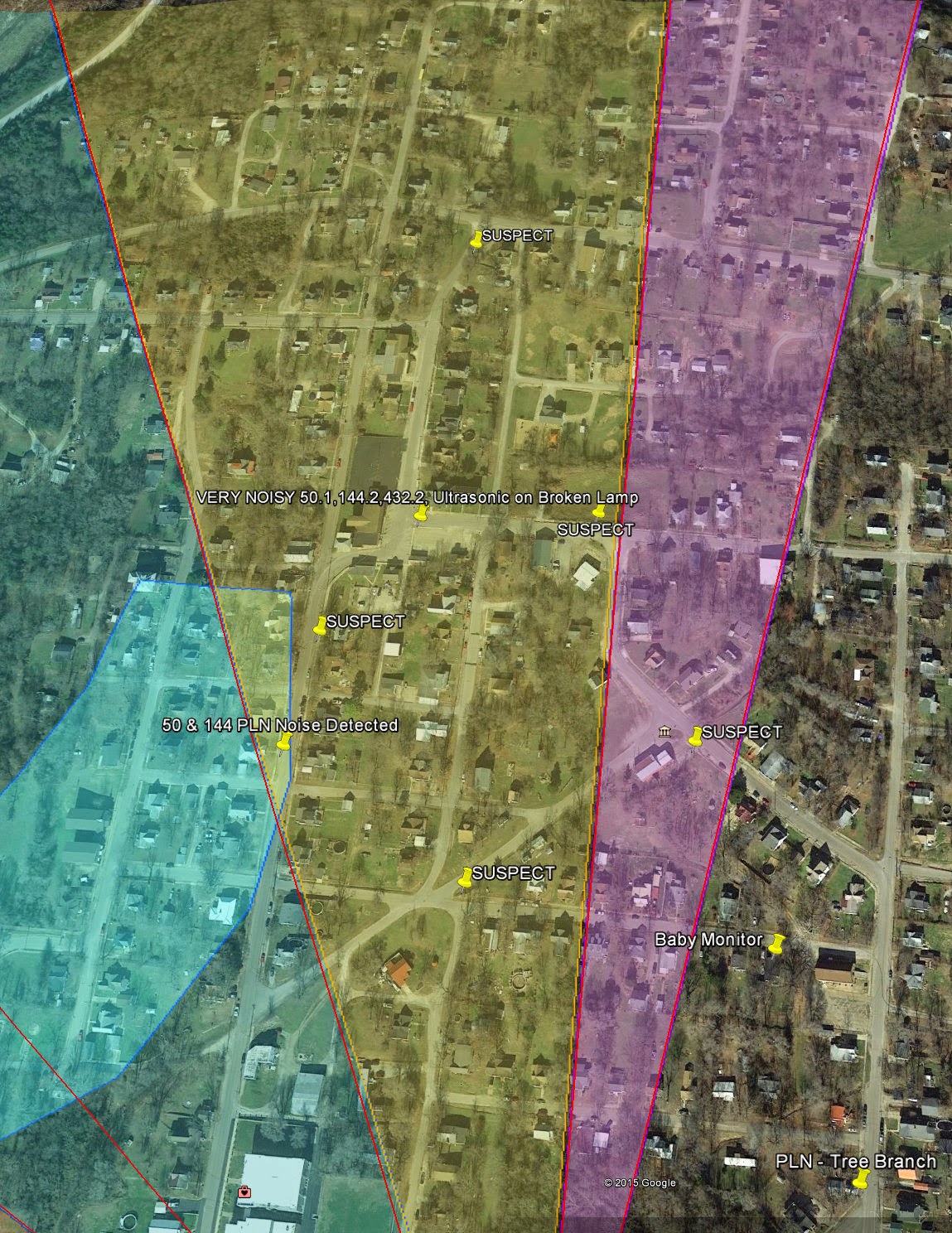 Tweaks appear to be doing really well now.  The new 12vdc regulator is SUPER low noise from today's experience.  I heard nothing from the trucks electronics (and obviously there's not AC inverter which was probably a stupid idea to start with...glad that's gone).  All I hear on the HT monitor while I'm driving is white-noise or power line noise now.  I really think that's making a huge difference.

I also adjusted the gain on the RTL's to '-g 10' from -g 0.  I also adjusted the bandwidth to 15Khz instead of 300 Khz.  These adjustments seem to have made quite a difference in accuracy.  Although I think '-g 0' would still be fine.  The antenna I'm using is a discone antenna that's good from 25 Mhz to 1300 Mhz.  And it seems to hear quite well on the bands I'm using with are all (but one 44 Mhz) in the ham bands.

I found at least 5-6 poles today and several of them had significant issues.  I also reconfirmed the poles behind the nearby middle school are indeed a source of strong noise - ON WINDY DAYS.

I've always noticed the noise is worse on windy days, which is probably a sign that most of these issues found today are simply loose components like insulators.  The ones I spotted with the Ultrasonic sound (40 Khz) using the MFJ-5008 today were all insulators.  This MFJ-5008 appears to work REALLY WELL!  After several ventures out with it now I've really found this INEXPENSIVE TOOL invaluable.  IT REALLY WORKS!  I shit you not.  Pretty good compared to the next up option that's over 2x the expense, and the next up from that is about 20x as expensive.  I've very happy with the MFJ-5008.

Also the portable ARROW ANTENNA's I bought are EXCELLENT.  Built strong, and reasonably priced for the most part. 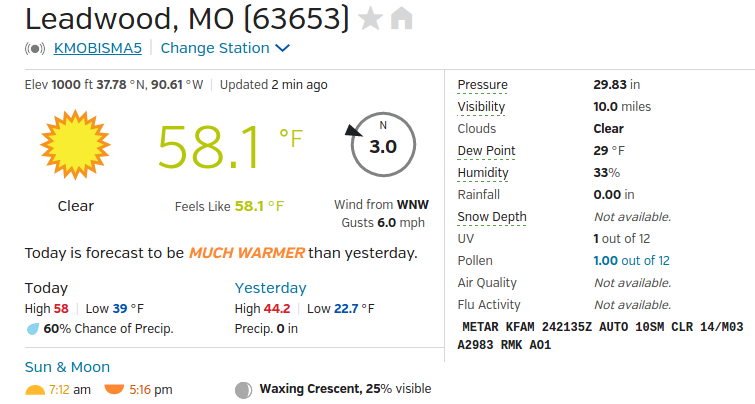 It doesn't take much wind to make some of these poles really sing!

One thing you may notice is that all of these maps tend to agree with each other, I think this is a good sign.  The first map is "ALL" frequencies summed noise levels over their respective noise floors.  Each frequency has a slightly different noise floor but all are more or less with -0.5 dbm of each other. 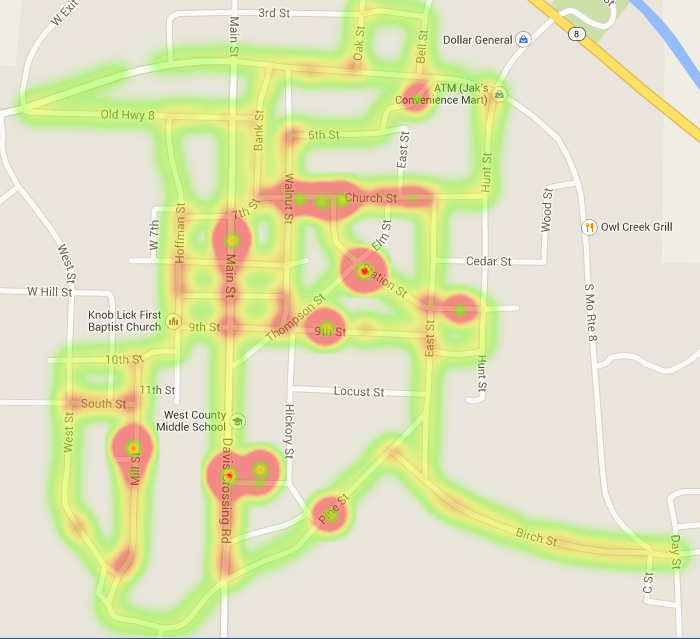 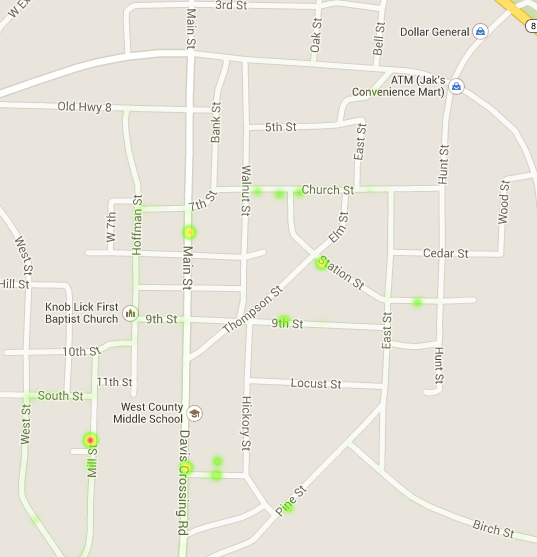 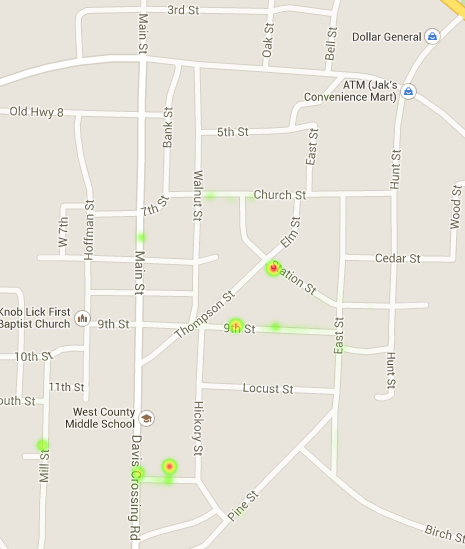 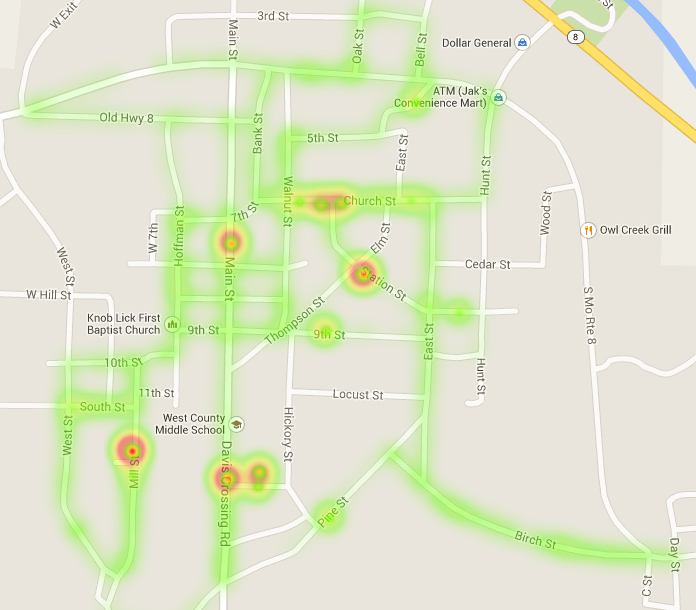 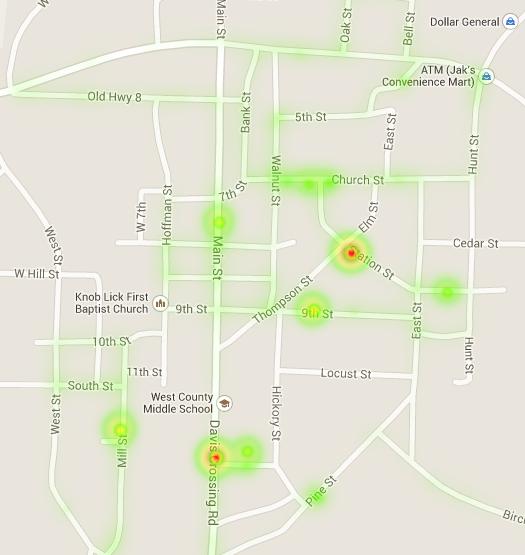 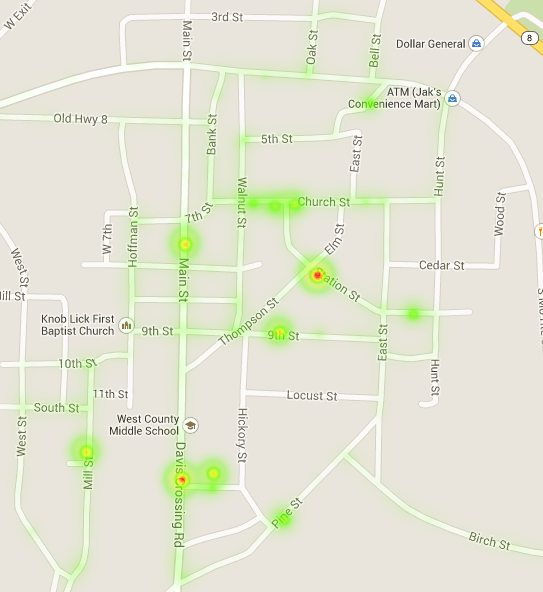 "AM 1710" is fairly quiet in this area 1.710 Mhz.  Except that it's an excellent HEADS UP while I'm driving around to watch the line charts "Driveby System" generates as I drive.  Listening to 1.710 Mhz and 432.100 Mhz AM listening for Power line noise is VERY helpful I've found.  This gives a heads up that somethings coming, and a heads up when I'm right on top of it.

I'm thinking about adding an HF upconverter and using one of the 3 spare RTLs with that to graph "AM 1710" as well. 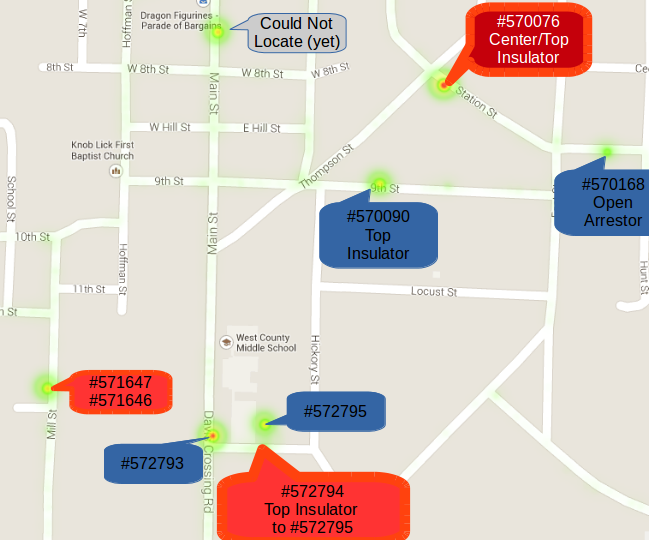 Photos to follow from each of the above noted locations 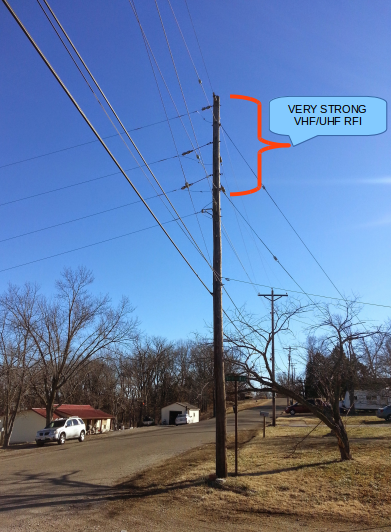 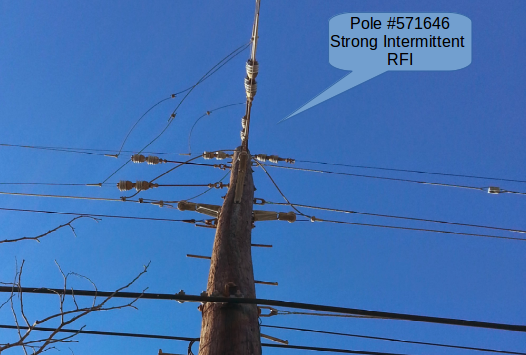 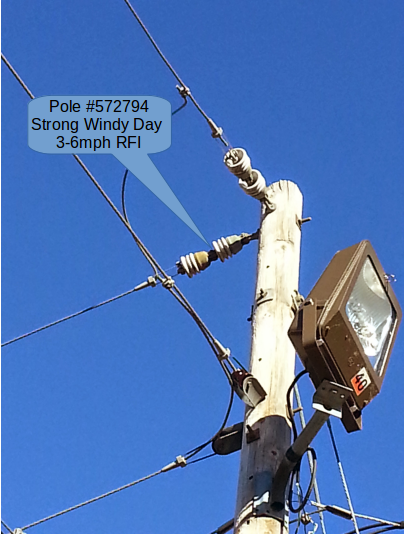 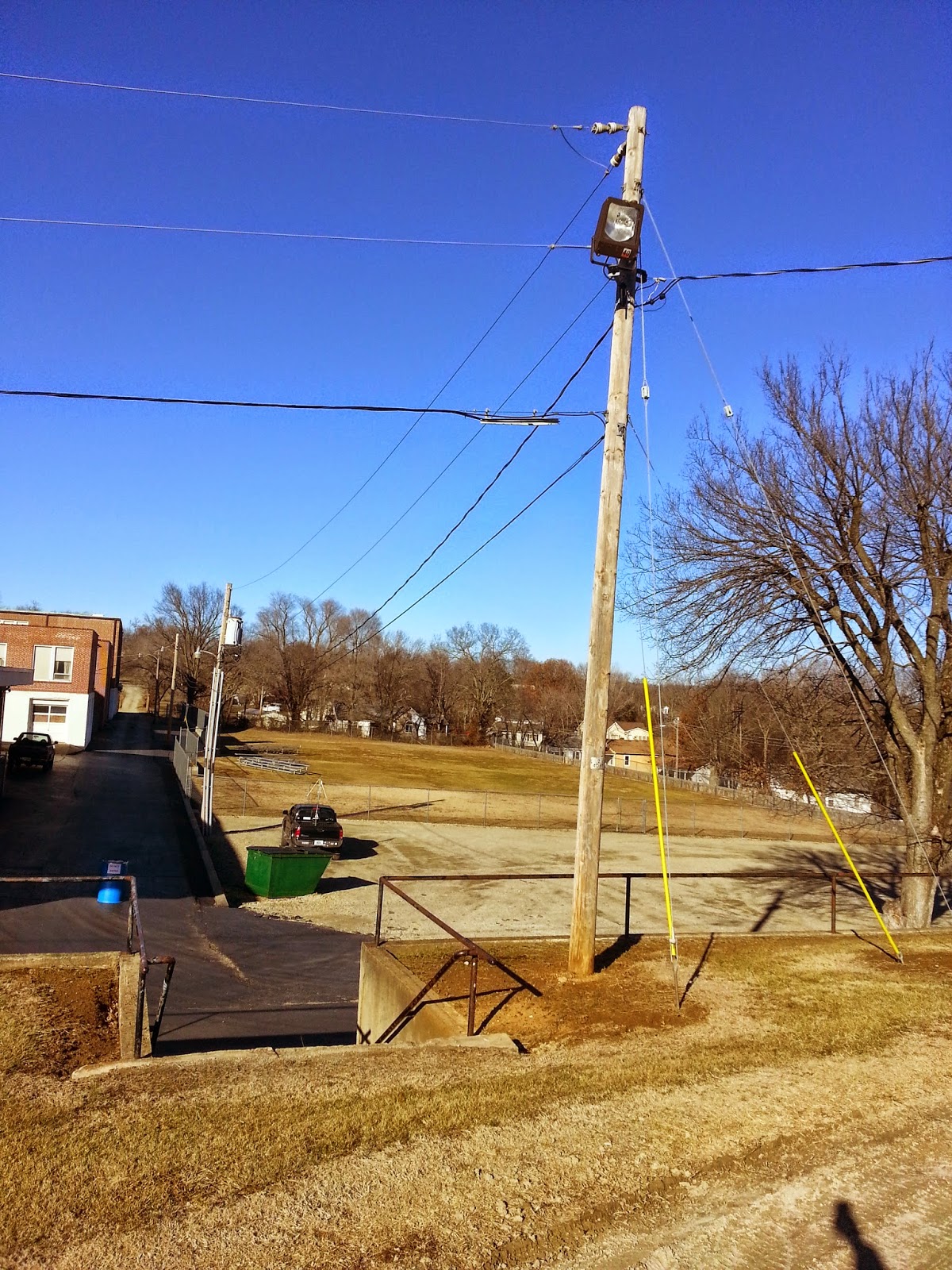 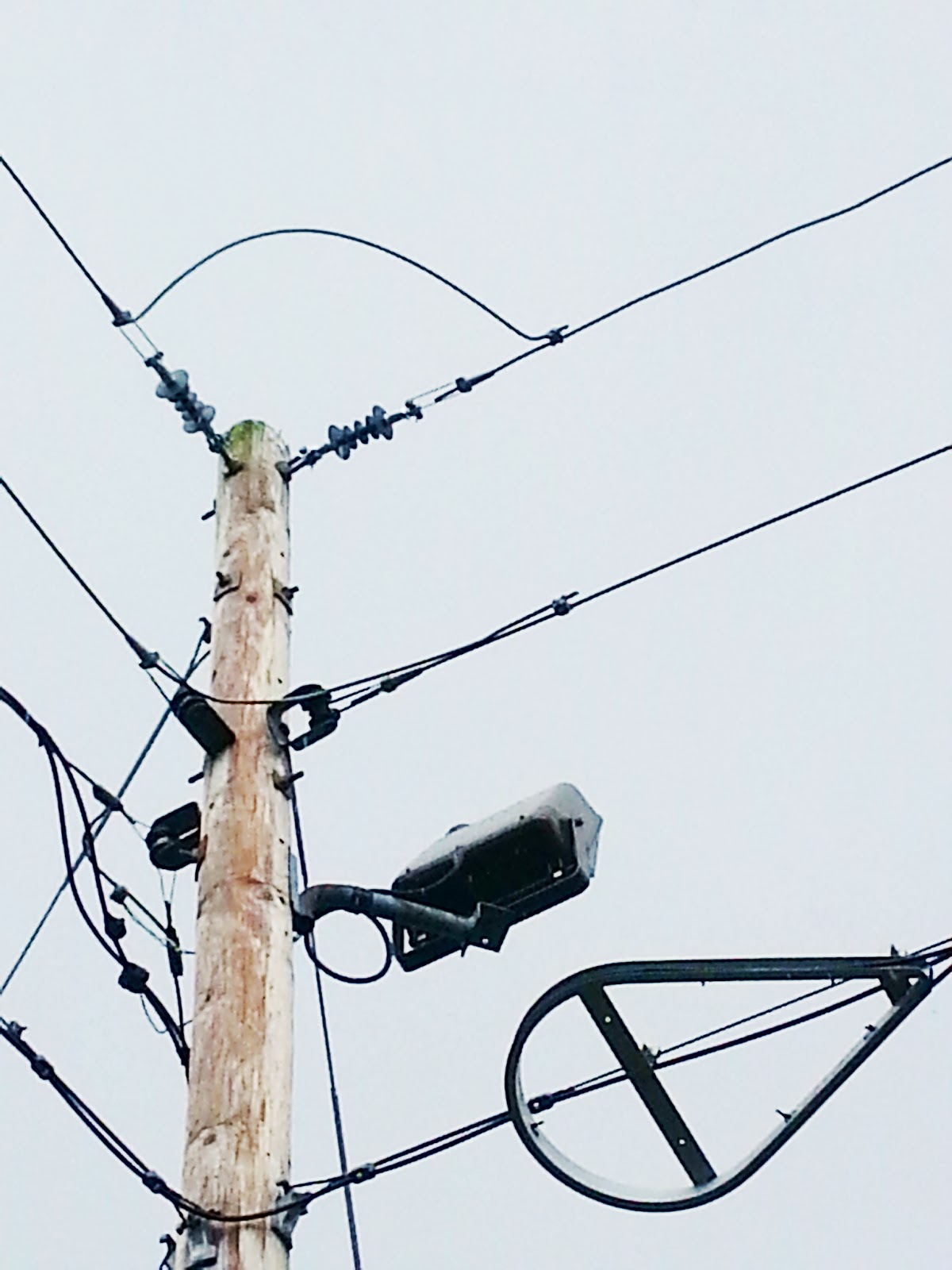 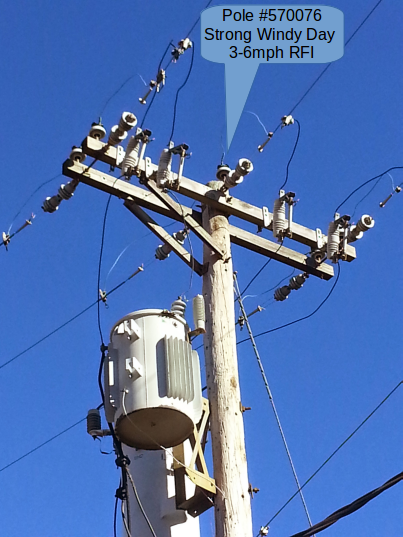 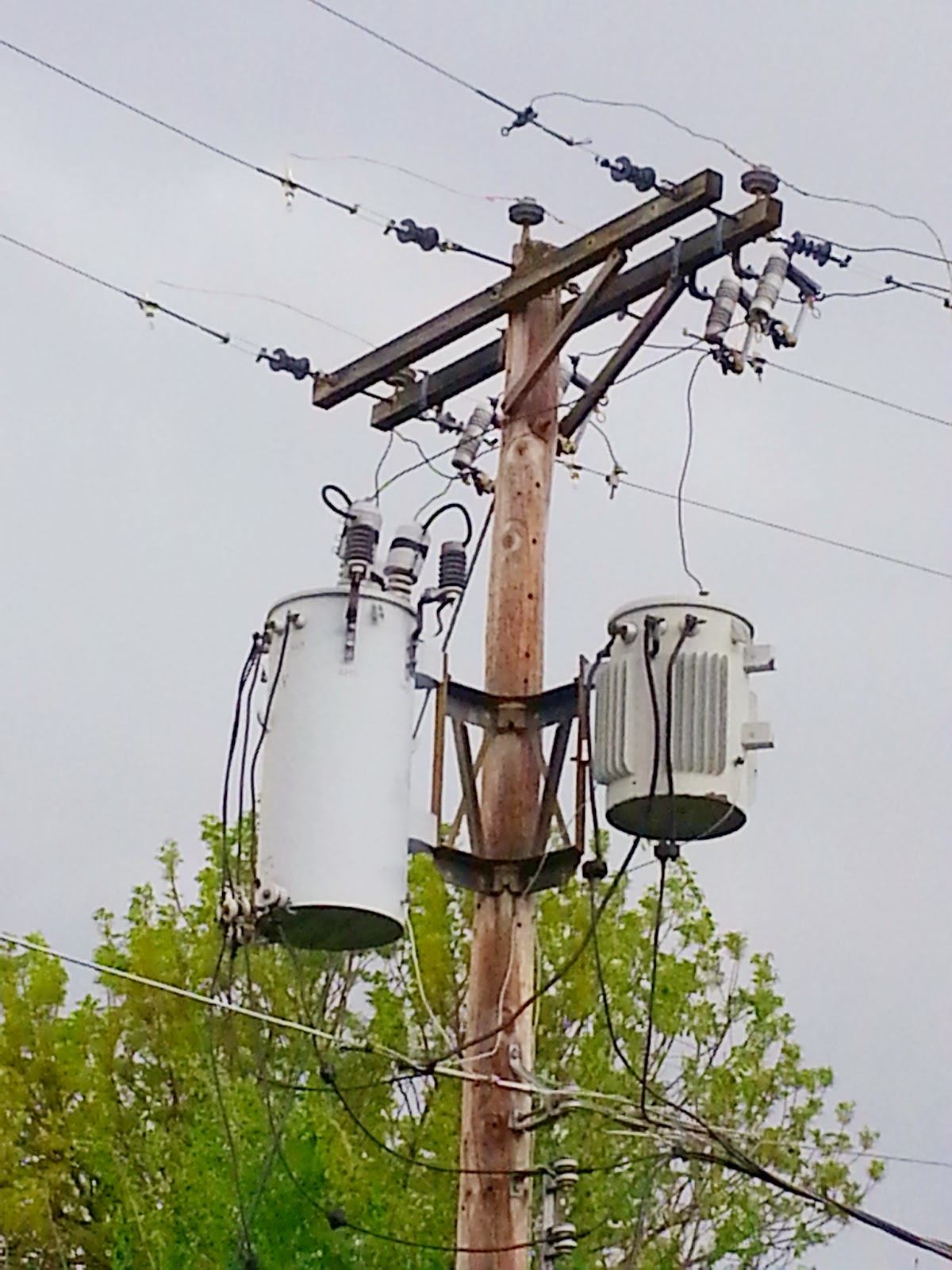 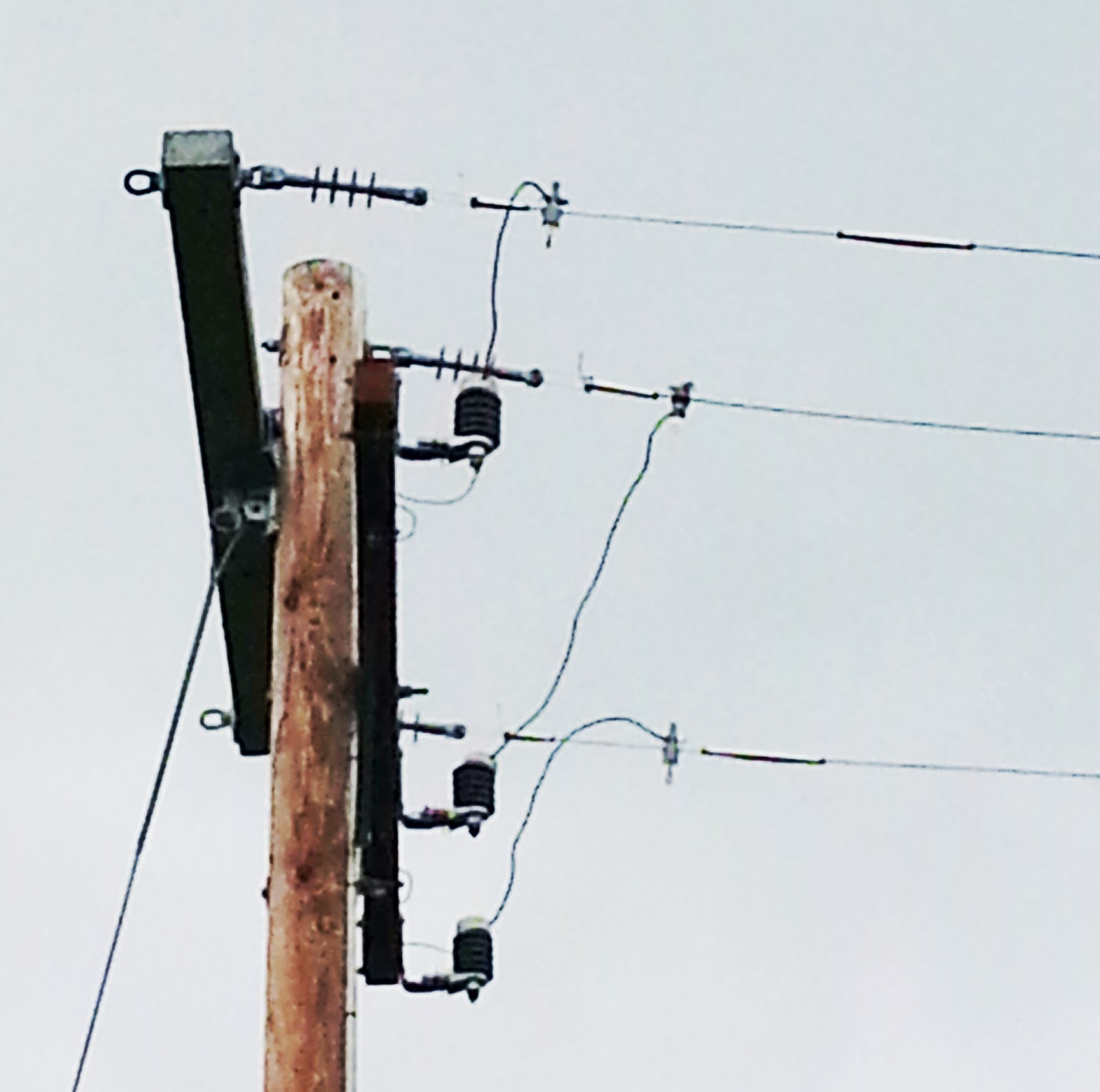 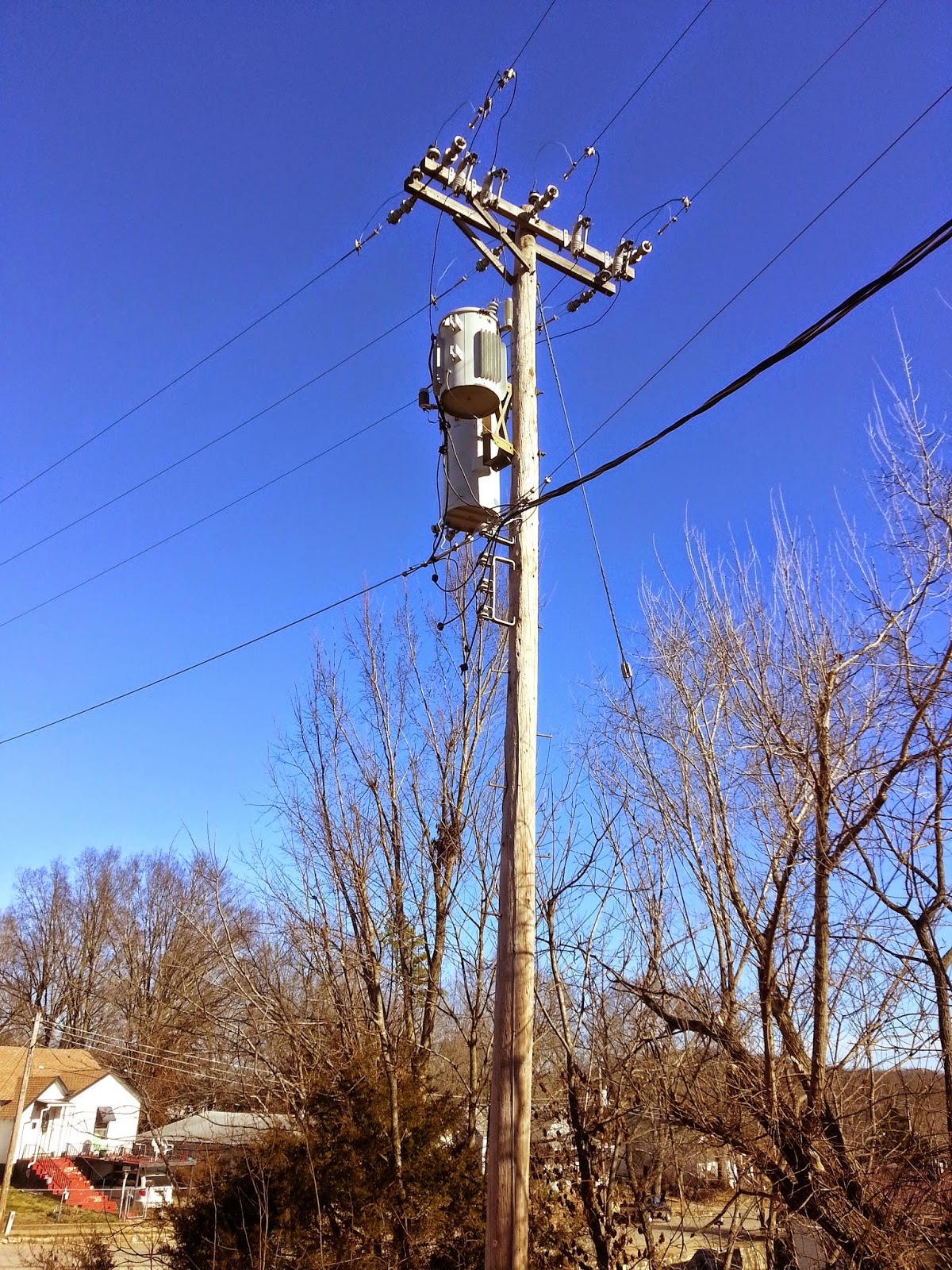 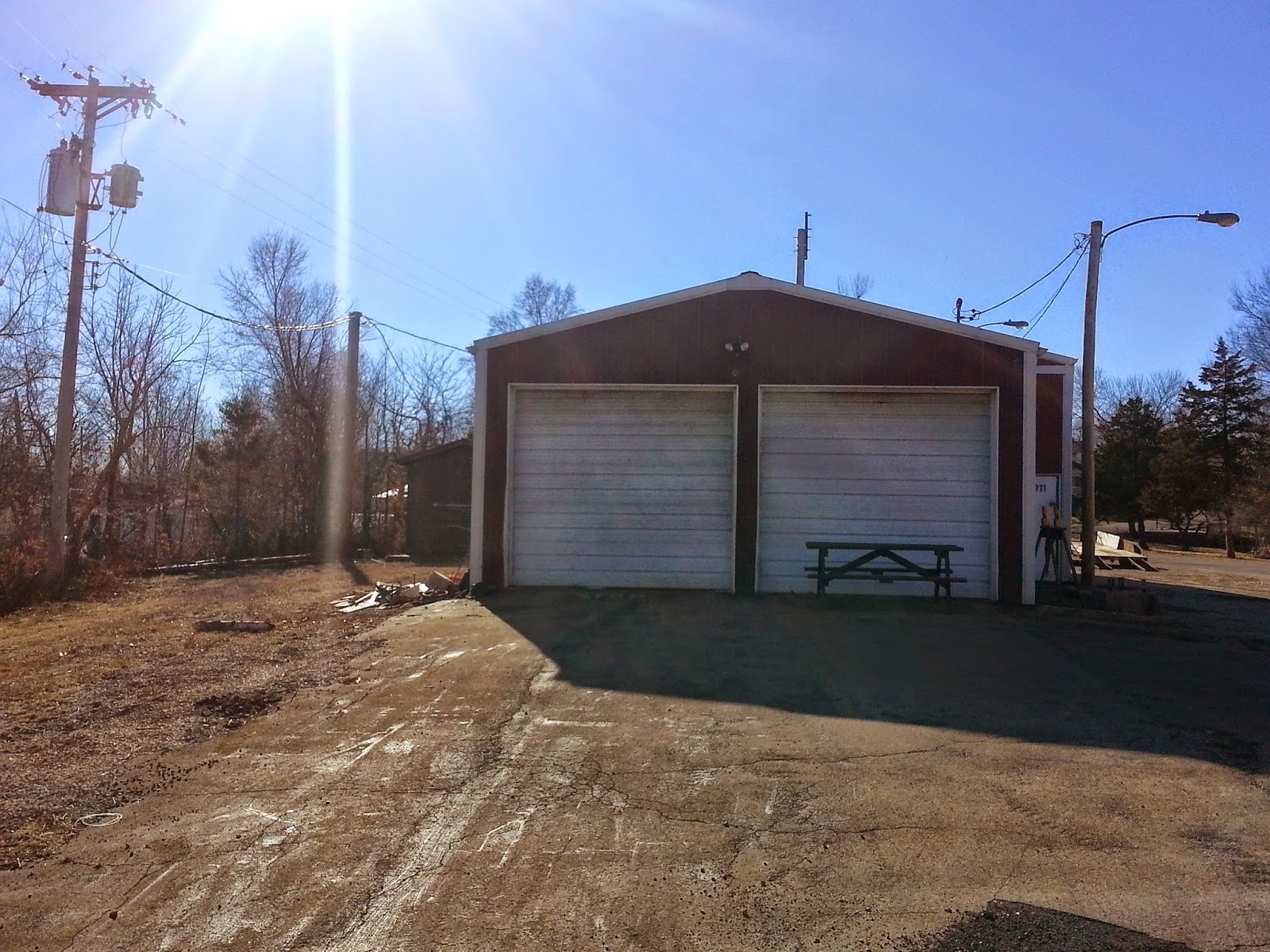 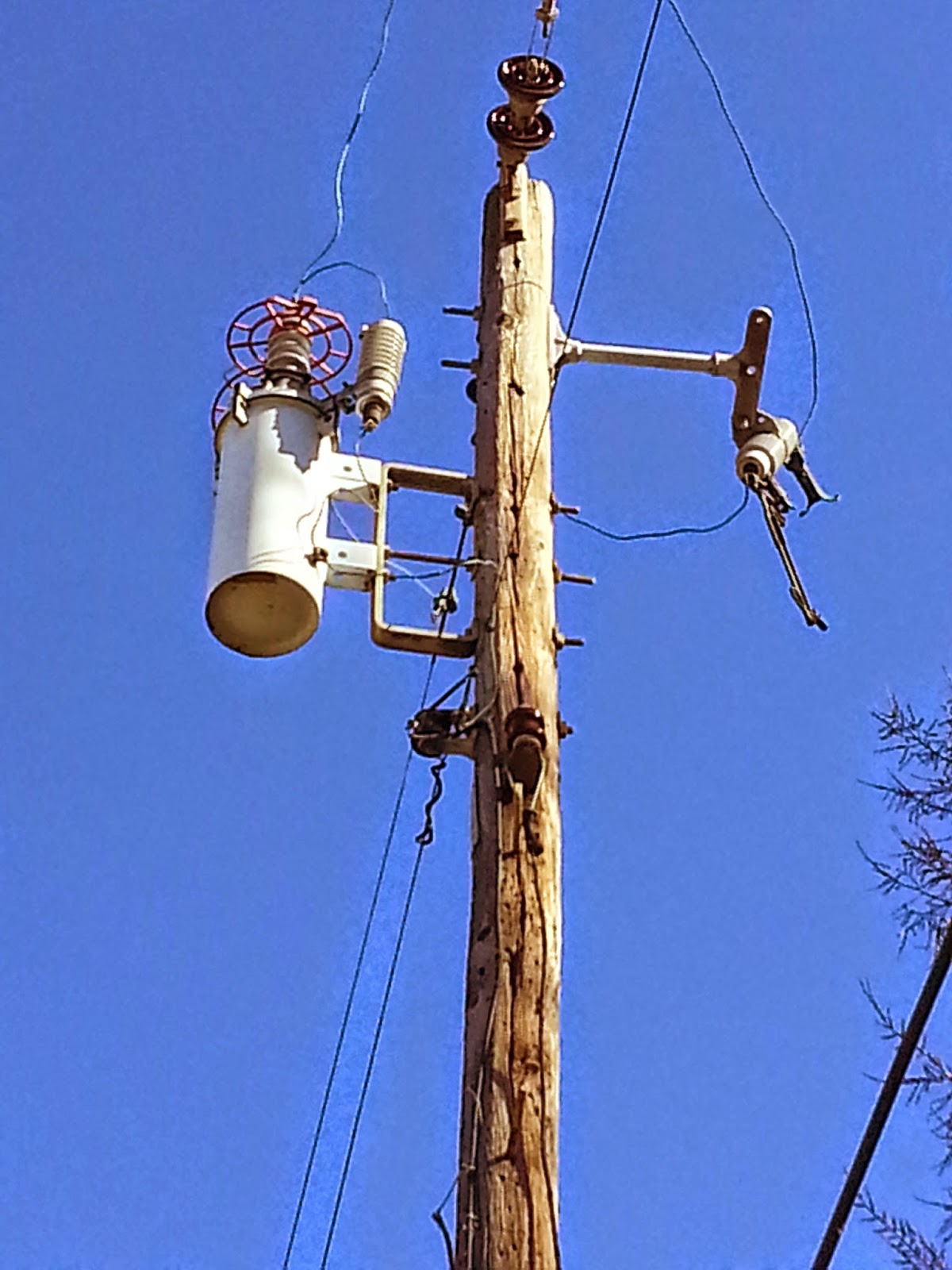 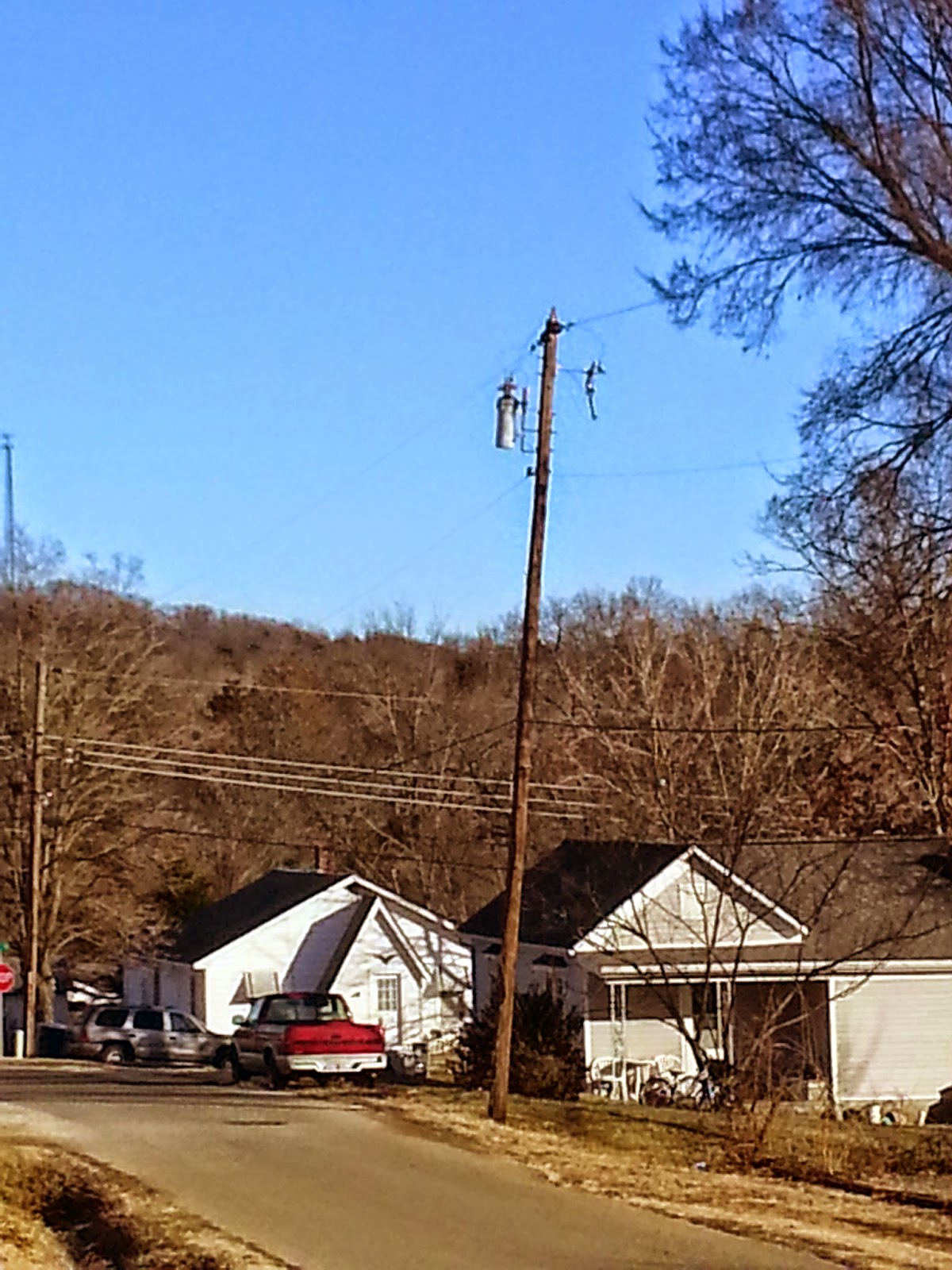