I wanted to have a quick and simple view of a large bandwidth that's being sent into my RTL Dongle.  Basically I wanted to SEE how altering the various low pass, and high pass, and band pass filters in my 100 Mhz Upconverter affected the output being sent to the RTL Dongle.  I came across this video showing how Touchtone's "RF Spectrum Analyzer Software" (I used the FREE version) could be used with one of these dongles to get a sense of how a filter is functioning.

(this is NOT MY Video, but demonstrates what I wanted to do basically)

Seems to work well enough!  I can now see what I wanted to be able visualize. 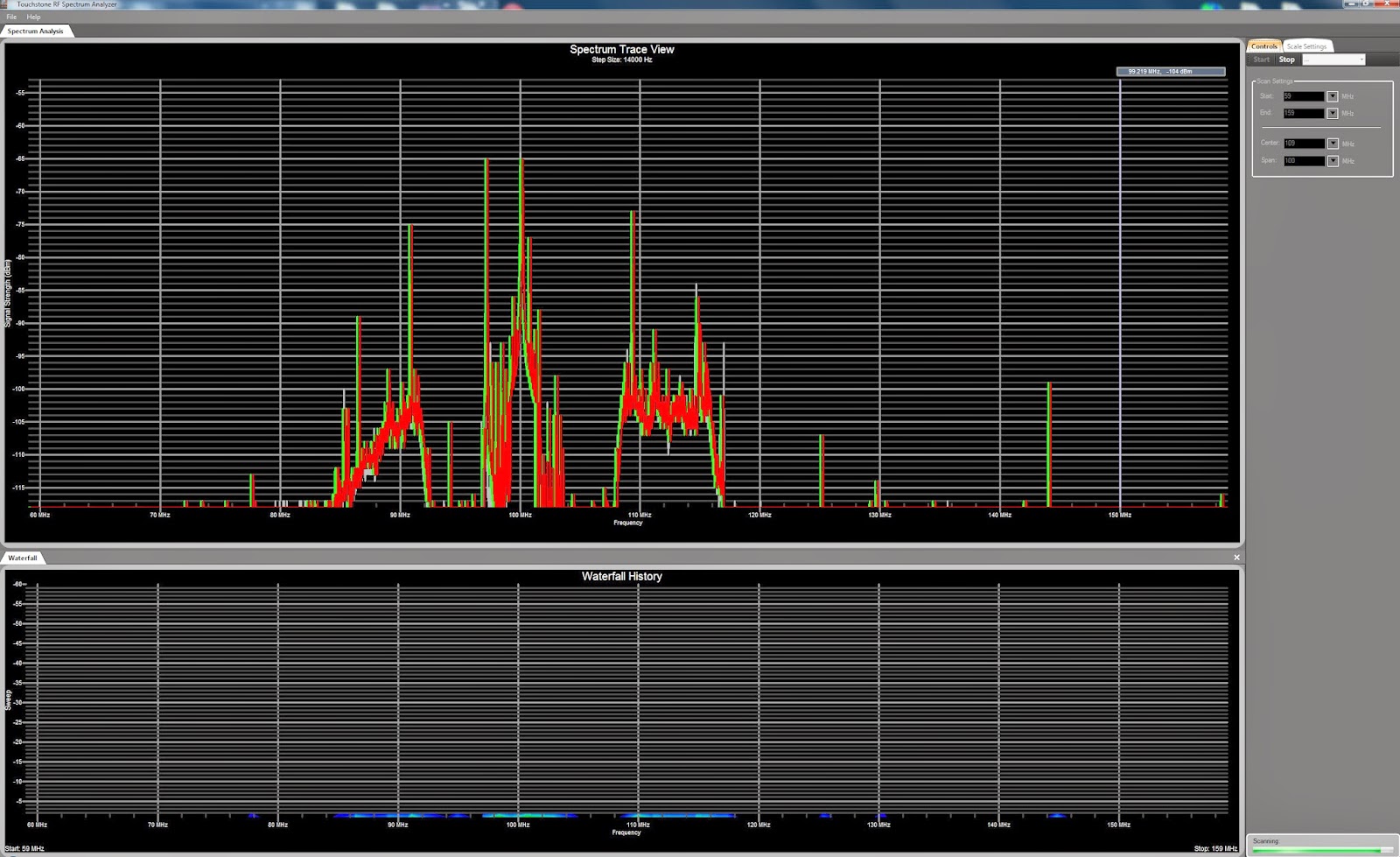 This was BEFORE I added a FM Broadcast band NOTCH filter AFTER the Upconverter
and just in front of the RTL Dongle.  NOTE the spectrum shape just above 105 Mhz is similar to the Band Pass filter shape I have at the input to My Upconverter.  LO Freq of 100 Mhz is at -65 dbm 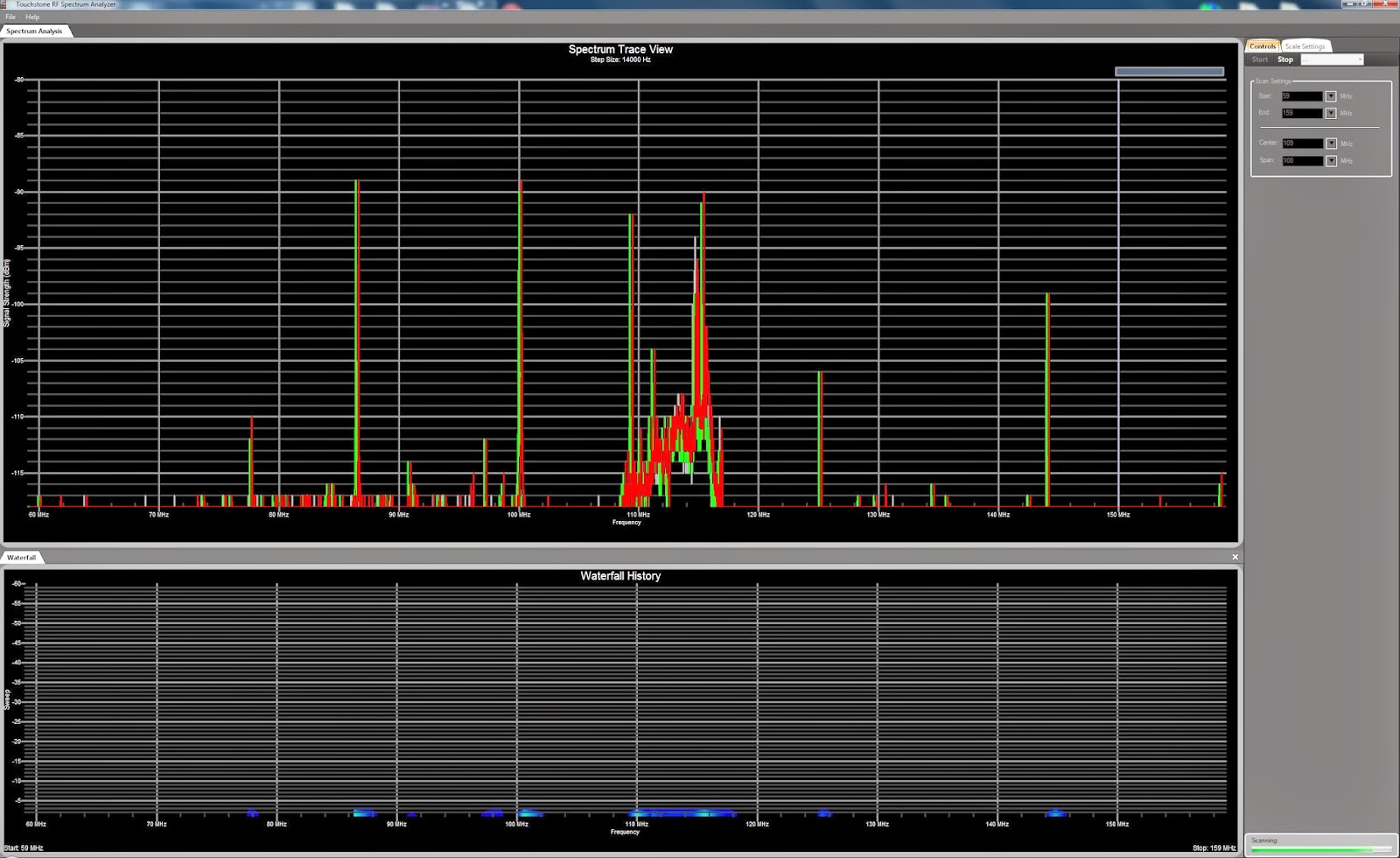 This was AFTER I added a FM Broadcast band NOTCH filter AFTER the Upconverter and just in front of the RTL Dongle.  Notice the dramatic different in spurs around the 100.0 Mhz LO frequency and also the LO is down around -89dbm  Also the very different shape of the pass band around 109-115 Mhz.

While this example didn't show me what I'd hoped for, it DID show me reality of how this filter affected the results.  SO the lesson learned here is that this is a FREE and USEFUL Tool if you are attempting to visualize the effects of filtering.

I think what I'm actually looking for is a NOTCH filter that stop hard around 102 Mhz, however, this sort of thing can be quite difficult to find.  I'm basically trying to minimize the LO as much as possible or at least get it to be lower than the pass band from 109-115 Mhz.

Anyway, I just wanted to share this with folks in case anyone else is trying to visualize the effects of a filter.  Of course, the thing to do REALLY is to inject a wide band noise source into the filter, and measure the output using software like this.  By the way, the "Ham It Up" upconverter has a noise source built in (minus a few simple addon parts to activate it.  It's a cheap way to get a decent noise source however.