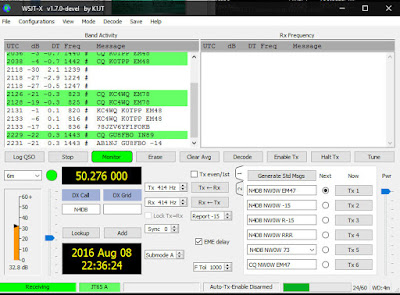 I've also decoded about a week or two ago SV9CVY.

Today's opening was a bit unusual in that Europe seldom is open this late in the day to EM47.  It was neat to capture this while I was sitting there.  The first Decode I thought was bogus, then the second one came in.  Truth is I've not had any bogus decodes using WSJT-X.  I'm not using the 1.7-devel version which seems to decode a lot deeper into the noise.