Today I started work on building a working version of Ubuntu 14.04 LTS on Beaglebone Black with all the necessary stuff to run GNURADIO and HackRF.  I tried a pre-built version of this recently that kinda 1/2 worked.  So since I can't seem to get a fire lit under that version, I've decided to create my own.

Here is what I've done so far and it currently building as I write this.  So I'll post updates on this post as they occur beyond what I have so far.

SOME USEFUL URLS I found:

NOT THIS>>>https://github.com/mossmann/hackrf/wiki/Installing-gnuradio-on-Ubuntu-14.04-with-the-packaging-manager
NOT THIS>>>would have been nice by these packages aren't available in the ppa for 'armhf' devices :(

I use a Windows 7 PC for my primary Desktop computer.  I use SecureCRT for SSH from this computer to various things I need to SSH to.

In order to see various GUI's from the BeagleBone Black that are run under 'X' There are a few things I need to do in order to see the 'X' windows generated by this BeagleBone and Ubuntu setup. 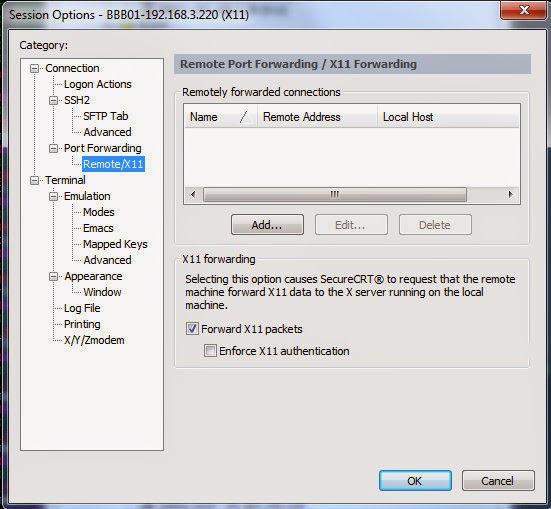 Install "Xming": http://sourceforge.net/projects/xming/  Run xming on windows.  SSH into BBB and try running something that requires 'X'.  That's it.  Works.  Very simple.  The key is having a local (on windows)  "X server" running, and that your SSH client supports forwarding X11 Packets.

Ok, now you have a 2GB swapfile and it is enabled. Let's make it permanent.

NOTE: Your SSH TERM will be showing things that look like this...this is pretty normal.

NOTE: To return app_store.py you can cd /usr/local/src/pybombs/;./app_store.py anytime ALSO if your x access isn't working you can install packages with: ./pybomb install <package name>

GNURADIO compile via 'app_store.py' takes HOURS like this 6-10 hours at least.  But it does complete! Probably could use 2-3 threads with the SWAP available, but I doubt it would much faster since there's only a SINGLE CORE. 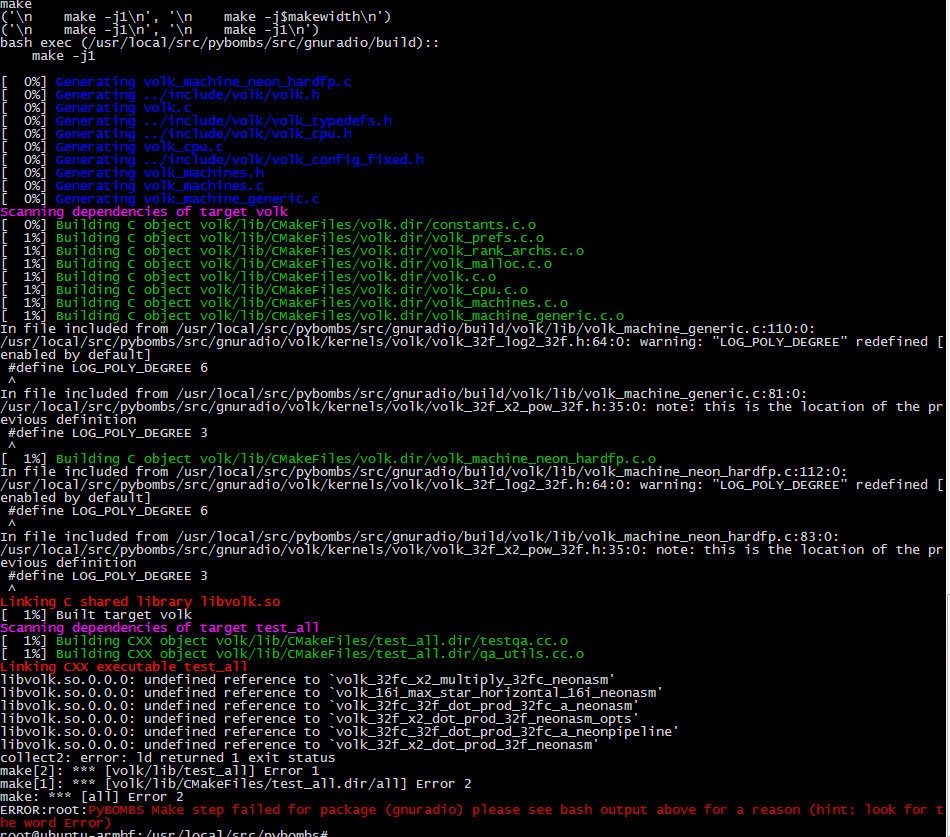 SO after that error:

About 8 hours after that.....This completed.

vi ~/bashrc
(at the bottom add)
source /usr/local/src/target/setup_env.sh
(save the file)

Stop and see how things work now.... be back when I'm done checking the install out so far.

Ok so it's painfully obvious that this is REALLY not the best way to build for the ARM based OS.  All of this is seriously SLOW.  And by the time this done the SD card I'm using will probably be scrapped due to an overuse of read/write from the SWAP partition I've been using.  BUT....

If this is ultimately successful at least I'll be able to create an ISO image that I can reuse for the short term.

I think next steps will be to use one of my larger RISC based CPU Linux boxes and do cross-compiling to the ARM based system.  I have several 24 core, 24Gb Linux servers I can use to do this.  And these builds would probably complete in total within about 15 minutes instead of DAYS.

Anyway, I'm still waiting for volk_profile to work its magic while the single core BBB is crunching away on it.  More when that completes.

SUCCESS!
After all this...I'm FINALLY able to access the HackRF via GNURADIO on my Beaglebone Black! 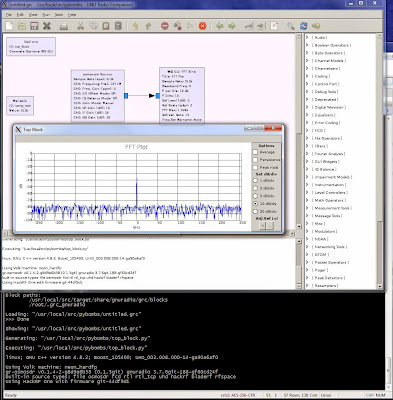 then sudo vi /etc/group
next to the line with 'plugdev' I added 'ubuntu' to add the 'ubuntu' user to this group.
<save the file>

And this worked as seen here:

Now gnuradio-companion will be able to access the hackrf device when being run by the user ubuntu.

Any further posts about this will be in NEW posts.  This one is closed now.