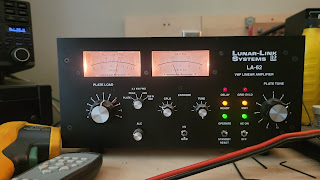 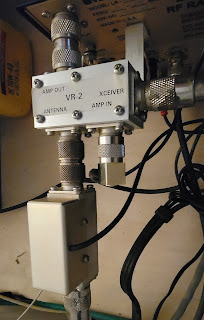 Yesterday I started to notice that from time to time my output power would be only equal to my input power.  So no amplification.  33w in, was about the same out.  I tried retuning, and no change really.  The one tell-tale sign was that this would happen sporadically.  I'd key up and get no amplification on the output, or I'd key up and get full power out.  All the indicators on the amp looked normal, including Plate, and Grid for the most part.  I just wanted getting full power out reliably.

So to debug what was happening...I removed the VR-2 assembly.

I opened it up by unscrewing 6 screws and looked inside.  To my utter amazement...all that exists inside is two GigaVac GH-1 vacuum relays, and a micro coax with ground strapping, and some jumpers.  There is absolutely NOTHING special about the VR-2, nothing fancy or exotic.  It's just two relays configured for TX/RX normally. (if your familiar with such things, and thankfully I've created them like this myself on another amp of mine) 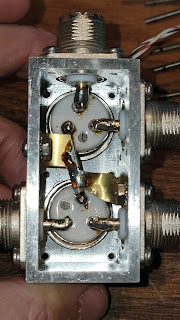 Thankfully, the grid of the tubes acts like a dummy-load in the case where the RF OUT has nowhere to go.  Which to me...just seems like Black Magic.  But thankfully this saves things from getting ugly!

But anyway...I continued the tare down and removed the failing GH-1 relay, and then I removed it's coil pack and inspected that, it tested OK for resistance about 346 ohm instead of it's spec of 335 Ohm.  Close enough I think.  I put it back together and testing continuity from COM (common) to NO (normally out) and found that I could feel the relay energizing, but it was failing to make contact from COM <> NO.  This was the issue, and why I wasn't getting RF out. 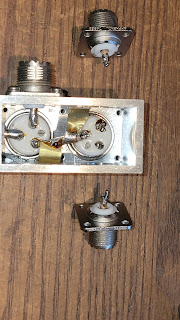 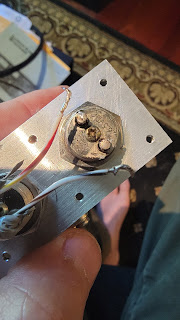 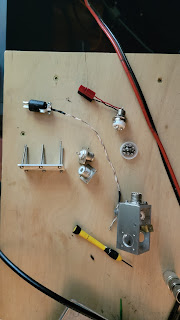 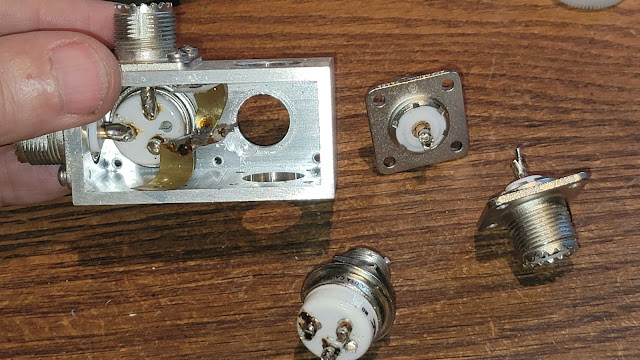 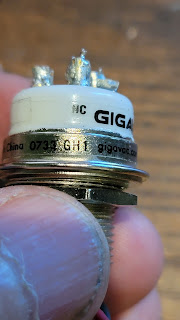 These relays are spec'd at about 2 million relay cycles, which in normal FT8 operation for me would be about 50k to 100k cycles per year.  So that's a LONG life time when you break it down like that.  I can't speak to why the hardware armature has failed in this vacuum relay.  But it has...so I ordered one from Max Gain Systems, Inc. overnight FedEx today and I hope it'll be here before tomorrow or Sunday. (it's Friday now) This is the season for 6m, and every single day matters BIG TIME.  We're just getting into the peak.

So I'm very confident that once the new GH-1 arrives it'll only take about 25 minutes to get thing back together and running again.  But for now I'm relegated to 170w max.  Which does get me some flags in EU, but it's a struggle when the band is marginal.

I'll post any updates to this status as they occur :-)  I hope to report good things sooner than later!